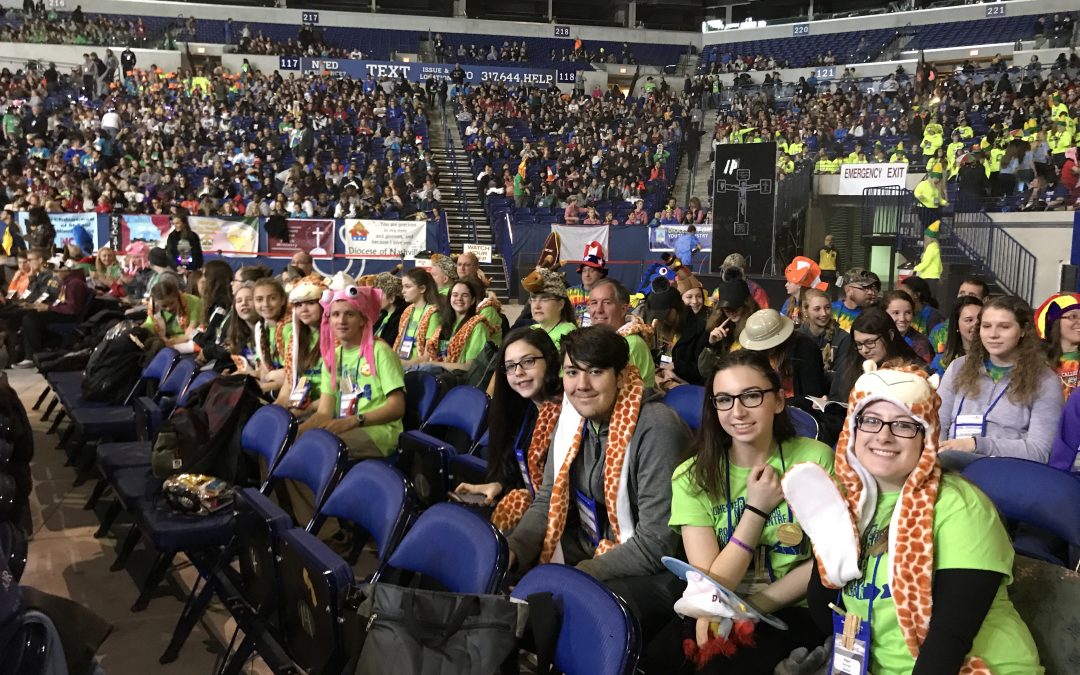 “An amazing experience to be with so many other young people that feel the way I do.”

“Filled with the Holy Spirit seeing faith running through the young Church.”

“It was a great weekend; you could feel the love that each and every person had for God, and it was overall a life-changing experience.”

“At first I thought the weekend was going to be about negotiating the trade of my hat, but then that became the way I met a ton of other people that were there for the first time just like me. I was honored to be asked to go and humbled at how nice everyone was.”

“This was my second time coming to NCYC and I was not disappointed or bored.”

“Adoration in a football stadium, I thought it was not going to be as quiet as it was.  You could have heard a pin drop. Very cool!”

The 2017 National Catholic Youth Conference convened Nov. 16 to 18 in Indianapolis, bringing more than 20,000 teenagers together to worship, pray, hear inspirational speakers, and meet other young Catholics. Dozens of those participants were from the Diocese of Syracuse.

Jackie Adams, Director of Faith Formation at Our Lady of Sorrows Parish in Vestal and religion teacher at All Saints Elementary School in Endicott, traveled with 25 other attendees from her parish. It was Adams’ third journey to NCYC, made via a 12-hour bus ride. There were plenty of snacks and good music on the way out, she told the Sun in an email, and great testimonials from the teens on the way back. (Those teens also shared with Adams the comments above.)

“Lives were changed and seeds were planted,” Adams said of the experience.

Adams said she brings teens to NCYC because “this is a national conference of [the] young Church that allows them to realize, up close and personal, that there are a lot of other teens that believe the things they believe.”

Between the start of the conference and its end, Adams saw a change in the attendees: “We see young people taking ownership of their faith,” she said.

Our Lady of Sorrows is one of seven parishes in the diocese currently participating in a three-year pilot program aimed at parish renewal. A collaborative process among the Offices of Faith Formation, Youth Ministry, and Evangelization, the pilot aims to offer a new model for evangelization, catechesis, the Sacrament of Confirmation, and ongoing adult faith formation. With students in the pilot now being confirmed earlier, during the eighth grade, “these young people are not looking at confirmation as graduation anymore,” Adams said. “They are looking at how do they get involved and make the parish their own.” She also noted two young people who participated in the conference “expressed an interest in completing their sacramental journey.”

“The Holy Spirit was alive and well in Indy on that weekend and we are truly blessed,” Adams said.

See some of Adams’ photos from NCYC below. 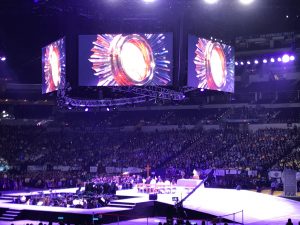 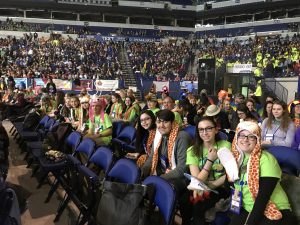 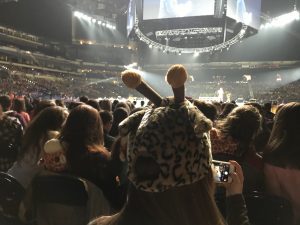