Teens encouraged to ‘seek and serve’ 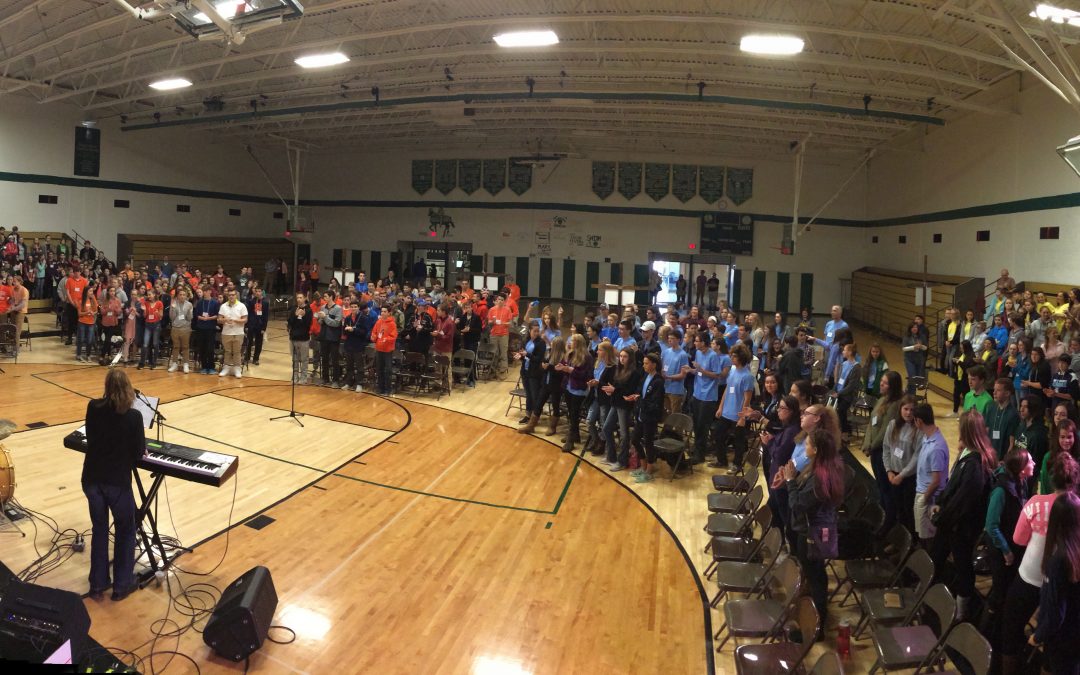 Some 380 teens from seven area parishes were encouraged to “seek and serve” during a special retreat experience held at Bishop Ludden Jr./Sr. High School in Syracuse Nov. 13.

“Our goal is that they [the teens] seek Jesus in their lives and our hope is that they find ways to serve with an open heart, loving Jesus all the way,” said Julie Hagan, Director of Faith Formation for grades 7 through 10 at St. Ann’s Church in Manlius and one of the event’s organizers.

Called Seek and Serve, the daylong event drew its theme from Mark 10:45, Hagan said: “For the Son of Man did not come to be served but to serve and to give his life as a ransom for many.” Teens from St. Charles-St. Ann’s in Syracuse, St. Joseph’s in Camillus, Holy Family in Fairmount, St. Ann’s in Manlius, St. Patrick’s in Syracuse, the Basilica of the Sacred Heart in Syracuse, and Immaculate Conception in Fayetteville, heard talks from national Catholic speaker Brian Greenfield; attended workshops presented by leaders of local organizations and ministries; heard uplifting music by the Ceili Rain Trio; and closed the day with Mass celebrated by Father Chris Ballard, pastor of St. James Church in Syracuse.

The event was inspired by the experience of taking students to the National Catholic Youth Conference, and the idea that a similar event could be done in Syracuse on a smaller scale, explained Terri Condon,  Youth Minister and Director of Faith Formation for grades 8 through 12 at St. Charles-St. Ann. Condon and Cindy Heath, Director of Youth Ministry and Confirmation at St. Joseph’s, decided to work together on the project, also bringing on board Hagan and Chris Spilka, Director of Youth Ministry at Holy Family, she said. By combining their resources, the organizers “felt that we could give them [the teens] something that was on a national level,” Condon added.

“We’re hoping that they come away with a more global experience of how proud we should be to be Catholic,” Condon said.

Greenfield’s morning keynote focused on the “seek” portion of the day’s theme. He shared stories of his life and faith journey, including a powerful experience during Eucharistic Adoration.

“That’s what today’s about – all of us seeking something and God simply saying to you, ‘Come home, come home. You’re not as strong as you think you are, and you don’t have to be that strong. You’re not as weak as everybody says that you are, because I’m going to be your strength. You’re not alone, because everywhere you go, I’m with you,’” Greenfield told the group in closing. “What God is asking you to do today is give him a shot. Try…. Give everything you’ve got today.”

“Connecting with different kinds of people was especially enjoyable,” said Ryan Pollard, 14, a ninth grader at Fayetteville-Manlius High School and a parishioner of St. Ann’s, of the event in an email, noting especially the band, speakers, and kids from neighboring parishes. “I never would have had the chance to encounter these people without this event.”

See photos of the event below, along with a segment from the Nov. 16 episode of “Around the Diocese.” 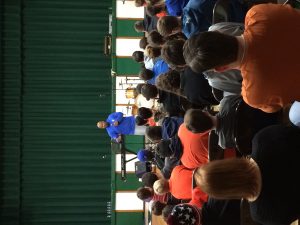