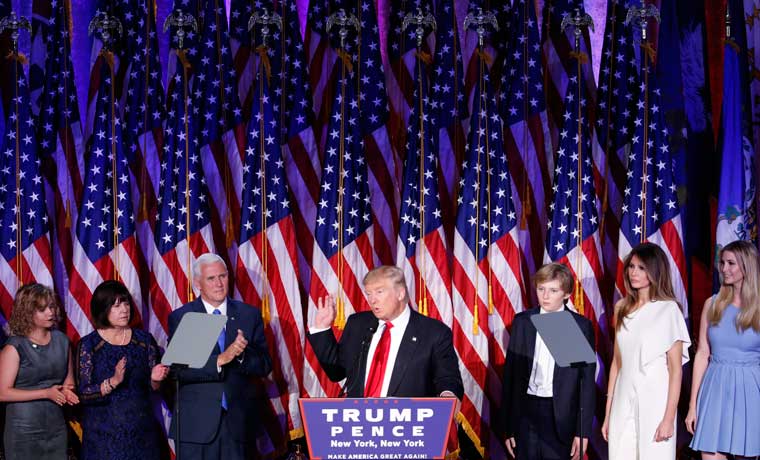 VATICAN CITY (CNS) — Congratulating Donald Trump for his victory in the U.S. presidential election, the Vatican secretary of state expressed hope that people would work together “to change the global situation, which is a situation of serious laceration, serious conflict.”

Cardinal Pietro Parolin, Pope Francis’ top aide, spoke about the election early Nov. 9 during a meeting at Rome’s Pontifical Lateran University. The Vatican then released a transcript of his remarks.
“First of all,” he said, “we respectfully must take note of the will expressed by the American people in this exercise of democracy that, they tell me, was characterized by a large turnout at the polls.”

“We send our best wishes to the new president that his administration may truly be fruitful,” the cardinal said. “And we also assure him of our prayers that the Lord would enlighten and sustain him in his service to his country naturally, but also in serving the well-being and peace of the world.”

Cardinal Parolin was asked about the polemics that arose earlier in the year between Trump and Pope Francis over the question of immigration, especially concerning the U.S.-Mexico border.

“Let’s see how the president acts,” Cardinal Parolin said. “Normally, they say, it is one thing to be a candidate and another to be president, to have that responsibility.”

During an in-flight news conference Feb. 17 after a trip to Mexico, the pope was asked about his reaction to Trump’s proposal that the United States extend a fence along the full length of the border and his comments to Fox Business Network that Pope Francis is a politician and is being used by Mexicans.
“As far as being ‘a pawn,’” the pope said, “that’s up to you, to the people, to decide.”

But one thing Pope Francis said he did know was that “a person who thinks only of building walls, wherever they may be, and not building bridges, isn’t Christian.”

Asked if a Catholic could vote for such a candidate in good conscience, the pope told reporters: “I’m not going to get mixed up in that. I’ll just say, this man is not Christian if he says this” about building walls.