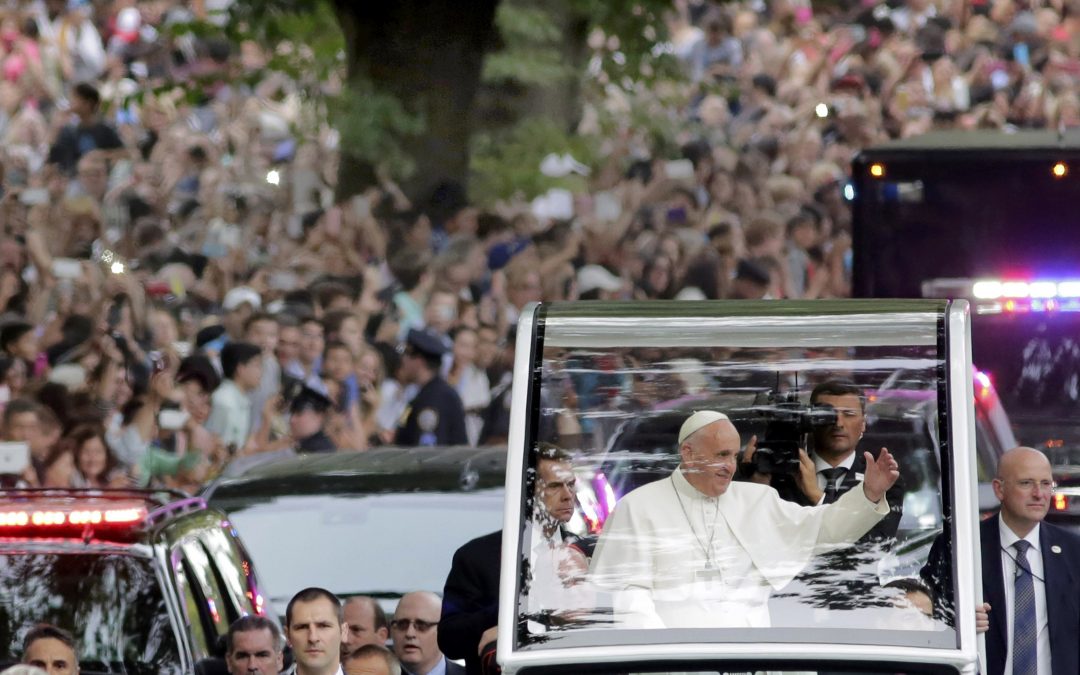 On Sept. 25, Pope Francis visited the United Nations, offering remarks that called on the body to recognize and protect the dignity of all people and creation. He gathered an interreligious meeting at  9/11 Memorial & Museum at Ground Zero, where he spoke of the helplessness felt in the face of tragedy, as well as the power of love and remembrance. The pope visited Our Lady Queen of Angels Catholic Elementary School in East Harlem, meeting with children and immigrant families — even assigning some homework. After a drive through Central Park in the popemobile, the Holy Father celebrated Mass at Madison Square Garden — with winners of a ticket lottery offered by the Sun and the Diocese of Syracuse.
Here’s what’s planned for Saturday: