Where can I find coverage of Pope Francis’ visit? 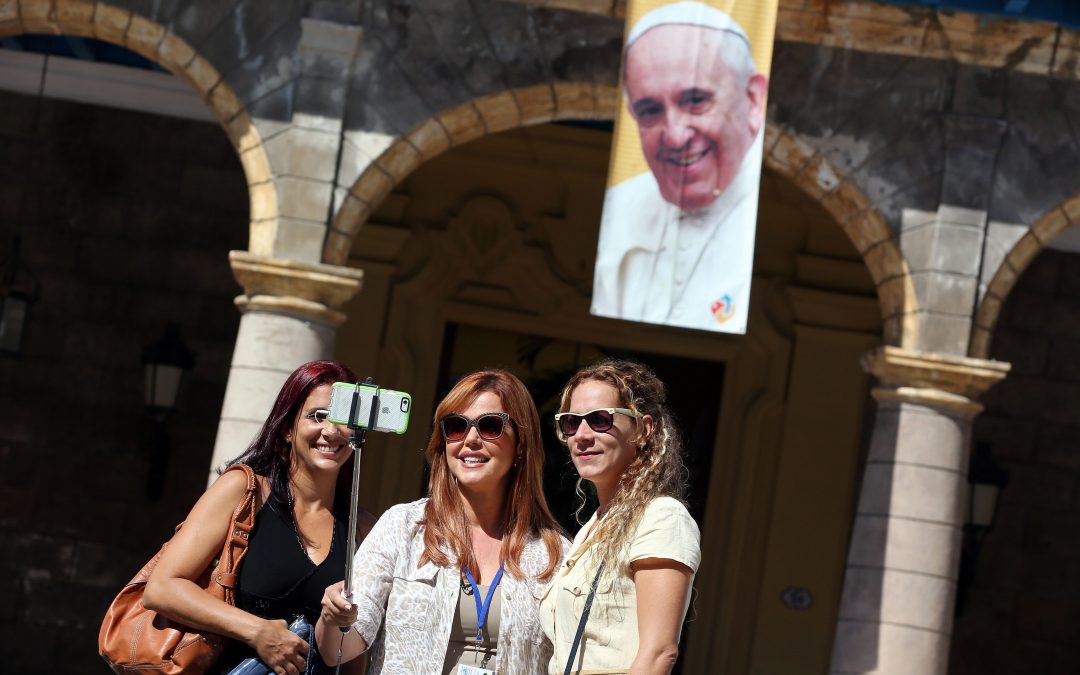 Where can you watch, read about, see pictures of or find posts about Pope Francis’ visit to the U.S. and Cuba? Right here!

The Catholic Sun, the Diocesan Office of Communications, and Syracuse Catholic Television will bring you daily updates from the World Meeting of Families in Philadelphia Sept. 22 to 25 as well as up-to-the-minute coverage of Pope Francis’ travels.

Check out the graphic below for more local details; scroll down to find details on national coverage. 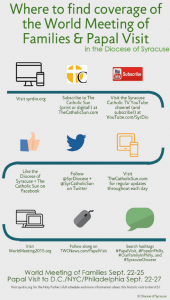 By Joseph McAleer, Catholic News Service
NEW YORK (CNS) — “All Francis, All the Time” could be the motto for media coverage of Pope Francis’ historic visit to the United States Sept. 22-27.

Across network and cable television, satellite radio, the Web and social media, Catholics and the public at large will enjoy a feast of viewing and listening opportunities.

Offered in Spanish as well as English, many of these options will be available 24/7. Following are some of the highlights:

“Pope Francis’ visit is one of the most important events in the United States this year,” said Steve Paulus, Time Warner Cable senior vice president. “As part of our dedication to our community and Time Warner Cable customers, we’re proud to cover all aspects of the trip that promise to be of significance to our viewers.”

“The Catholic Channel will lead the way in providing coverage of Pope Francis’ visit to the United States,” said Cardinal Timothy M. Dolan of New York; the archdiocese administers the station.  “People who want to know what’s happening — and what it all means — should make sure that they stay tuned to The Catholic Channel.”

More information and resources related to the visit of Pope Francis are available at: www.uspapalvisit.org.
McAleer is a guest reviewer for Catholic News Service.