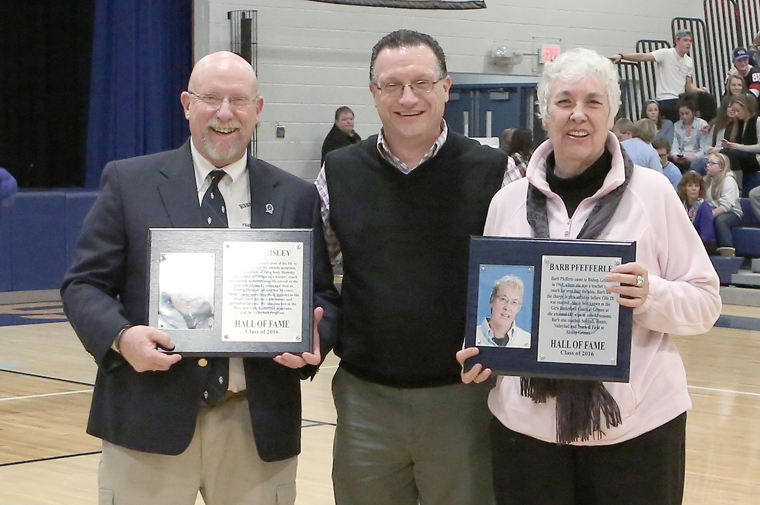 Inductee Paul Hemsley dedicated most of his life to Bishop Grimes and its athletic programs. A 1971 graduate of the school, Hemsley returned to Grimes as a teacher, coach and athletic administrator. He served as the assistant AD for 12 years and then as athletic director for another 10 years. Hemsley spent more than three decades as the head coach for the girls soccer and softball programs. He also coached in the boys and girls basketball programs and the volleyball program.

Inductee Barb Pfefferle came to Bishop Grimes in 1969, where she was a teacher and coach for over four decades. Pefferle led the charge in girls athletics even before Title IX was enacted. She is best known as the girls basketball coach at Grimes, as she amassed 183 wins in only 12 seasons. Pfefferle also coached softball, tennis, volleyball and track and field at Bishop Grimes.