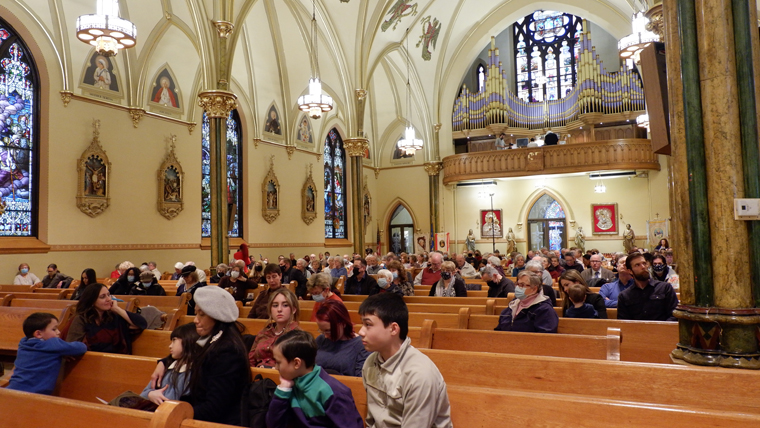 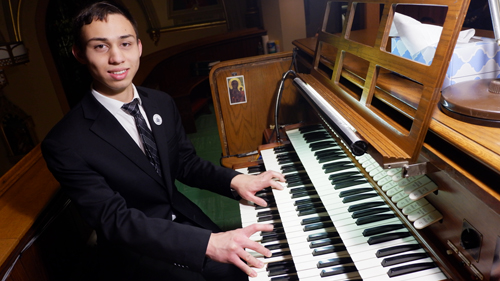 Dominic Fiacco, a 17-year-old organist from the Village of Poland in Herkimer County, gave a pipe organ recital Nov. 14 at Holy Trinity Church in Utica, as part of the parish’s 125th anniversary celebrations. Dominic is assistant organist at the Parish Community of St. Leo & St. Ann, Holland Patent.

Father John Mikalajunas, the pastor, had asked his parishioners to come “hear beautiful music,” and to come hear their beautiful instrument—which was first installed in 1923 by Clarence E. Morey and his firm, but has been renovated since then.

The concert was very well attended, and the audience enjoyed selections ranging from organ classics by Bach to classics like “Ave Maria,” and including a lovely piece meant to showcase the organ’s chimes. The program received multiple standing ovations.