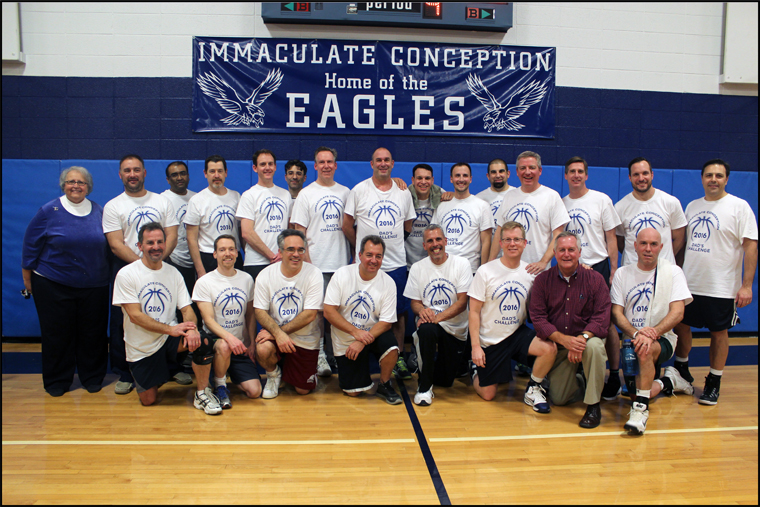 FAYETTEVILLE — Immaculate Conception School holds the annual Dads Basketball Game each year to mark the end of Catholic Schools Week. This year’s challenge was to honor Tom Sommers, who lost his battle with cancer in 2015. Two of Tom’s children graduated from IC and are now high school students at Fayetteville-Manlius; his two younger children are currently enrolled at IC. This year, alumni dads were invited to play the dads of current students. At halftime, a plaque was presented to the Sommers family in honor of Tom and proceeds from the game were given as a scholarship. The alumni coaches were Principal Sally Lisi and Father Thomas Ryan. Pictured above are the dads of current students.