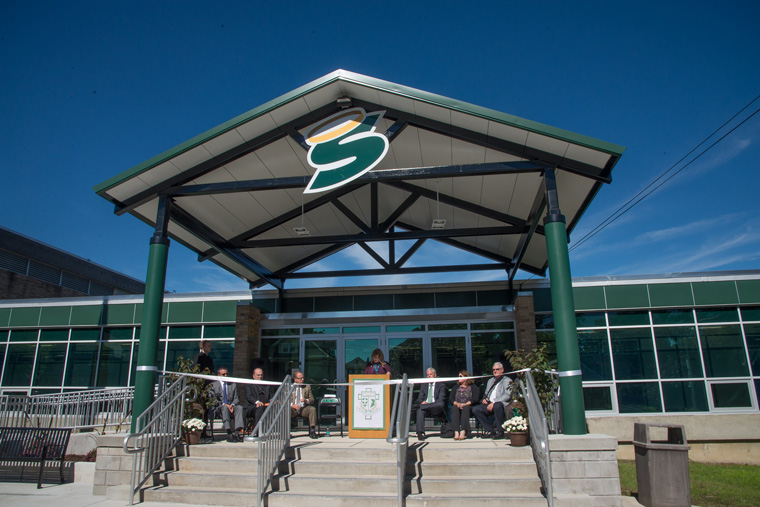 The Catholic Schools of Broome County are excited to offer new educational opportunities for students in several areas during the 2021-22 academic year, including performing arts, athletics and business.

Students in the performing arts are preparing for performances at Carnegie Hall and in Rome, Italy. Originally planned for October 2021, the trip to Italy was postponed to March 2022 due to the coronavirus pandemic. While in Rome, the students will make a stop at the Vatican where they have been invited to perform for Pope Francis. They will spend the next several months preparing for these once-in-a-lifetime performances.

In athletics, CSBC students are fortunate to have two Hall of Famers to train under. Tom Carter, CSBC alumnus and 2020 Binghamton Sports Hall of Fame inductee, will coach the cross country and track teams at SCC. Tom has run cross country, track and road races for over 50 years. He set 49 course records in local, state and regional road races, and is nationally known as the “Stickman.” He performed his Long Stick Basketball Show in 266 games (80 of these were in the NBA). He most recently coached the 2019 SUNY Broome men’s cross country team to a National Junior College Athletic Association Region III Championship.

Bill Clark is bringing his explosive power and extensive knowledge of weight training and conditioning to a new nine-week training program at Seton Catholic Central. Clark is a weightlifter, power lifter and Strongman. He has won the Power Lift Championship on the state, national and world levels. He is an international medalist in Olympic Weightlifting, holds two Guinness World Records, is a member of the Strength and Power Hall of Fame and is a 2020 inductee into the Binghamton Sports Hall of Fame. Over the nine weeks Clark will share the same personal program and techniques that have helped him break numerous world records.

In business and entrepreneurship, Seton Catholic Central High School students have been selected to take part in a special business incubator led by former student and serial entrepreneur Nicholas L. Wan. Mr. Wan is the author of “Don’t Wait. Start Now! How to Build a 6-Figure Business in Your Teens.” In this unique, project-based learning course, student entrepreneurs will learn how to envision and execute a profitable business concept throughout the course of the year. Mr. Wan has consulted for private firms and public agencies all over the world including the People’s Republic of China and the United Nations. He is currently the Chief Executive Officer of Stonehill Capital Management Group. Mr. Wan looks forward to teaching his student entrepreneurs the mastery skills necessary to build a profitable business and a rich, rewarding life.

Elizabeth Carter, Ph.D., is the President of Catholic Schools of Broome County.