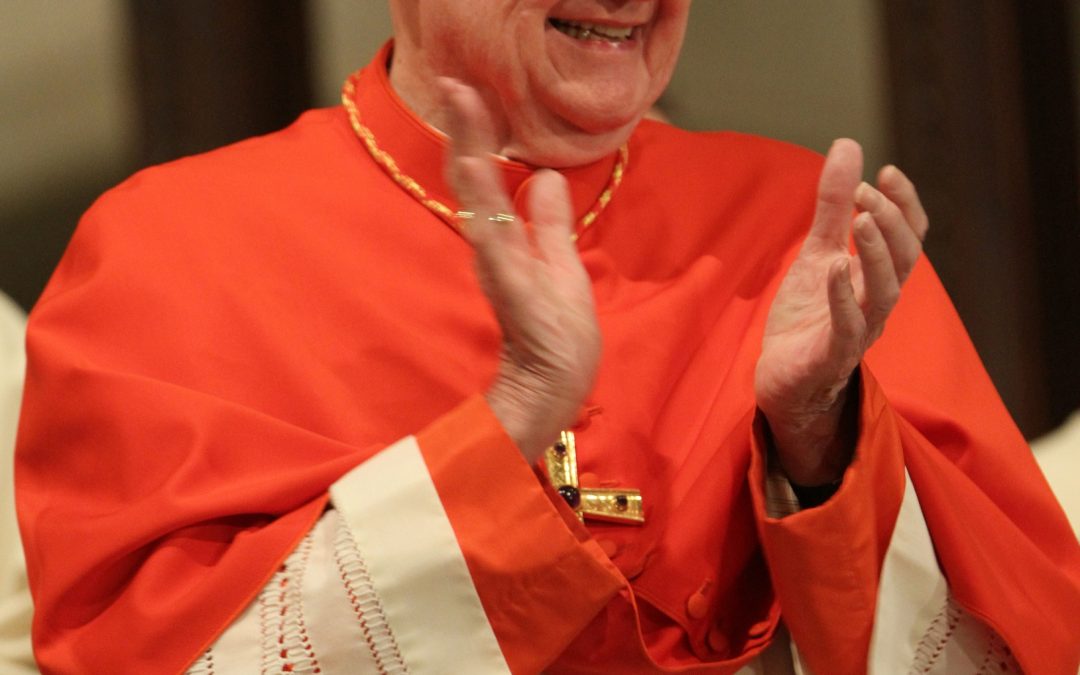 Edward Cardinal Egan, former archbishop of New York, died this afternoon. He was 82.
Below is the official statement from the Archdiocese of New York:
“The cardinal was pronounced dead at NYU Langone Medical Center at 2:20 pm, cause of death was cardiac arrest. Funeral arrangements are pending.
Cardinal Egan was born on April 2, 1932, in Oak Park, Illinois. His Eminence was ordained a priest for the Archdiocese of Chicago on December 15, 1957.
Cardinal Egan was consecrated a bishop in 1985. From 1985 – 1988, Cardinal Egan served as Auxiliary Bishop and Vicar for Education of the Archdiocese of New York. In 1988 he was appointed the Bishop of the Diocese of Bridgeport by Pope John Paul II. In the year 2000, he was appointed Archbishop of New York and made a cardinal in 2001.
In May of 2009, at the age of seventy-seven, Cardinal Egan was retired as Archbishop of New York. He maintained and assisted in the works of the Archdiocese, while serving on a number of offices of the Vatican.”
Cardinal Timothy Dolan released the following statement:
“My dear people,
I am saddened to tell you that our beloved Cardinal Edward Egan, the Archbishop of New York from 2000-2009, has gone home to the Lord.
Thank God he had a peaceful death, passing away right after lunch today, with the prayers and  sacraments of his loyal priest secretary, Father Douglas Crawford, in his residence at the Chapel of the Sacred Hearts of Jesus and Mary.  He was rushed to NYU Langone Medical Center where he was pronounced dead at 2:20 pm this afternoon.
Join me, please, in thanking God for his life, especially his generous and faithful priesthood.
Pray as well that the powerful mercy of Jesus, in which our Cardinal had such trust, has ushered him into heaven.
My sympathy to his natural family, who will grieve for their uncle, and to you, his spiritual family here in the Archdiocese of New York.
I’ll keep in touch as our arrangements are made.
May he rest in peace.”
Bishop Robert J. Cunningham also shared his thoughts in a statement this afternoon:
“I am deeply saddened to inform you that Cardinal Edward Egan died this afternoon at approximately 2:20pm.  He had taken ill after lunch [and] was rushed to the hospital where he was later pronounced dead.
Cardinal Egan was a great friend of the Diocese of Syracuse, Bishop Moynihan and to me personally.  It was through his hands and the invocation of the Holy Spirit that I became a Bishop.  I will be forever grateful for that gift.”
This story will be updated.