Get ready to buy winter crops at ever-busy Brady Farm 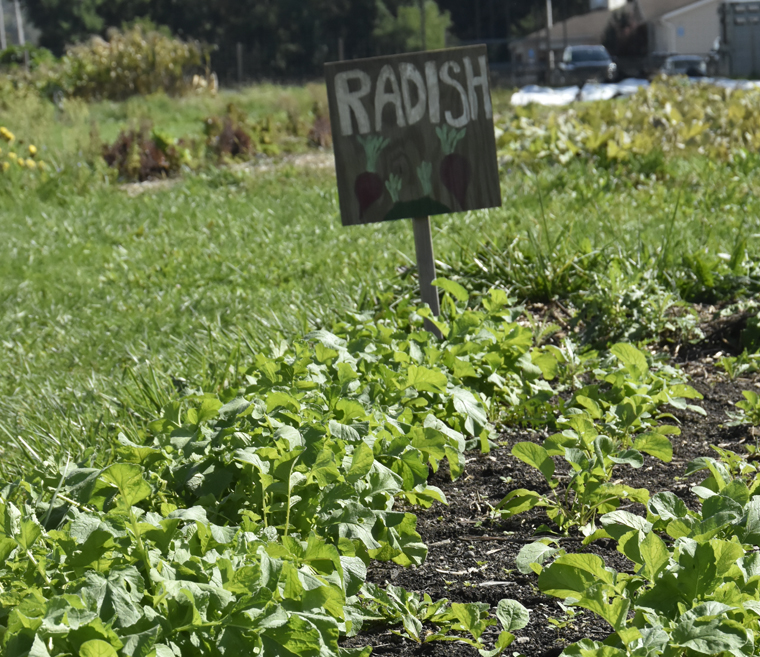 Operation in Syracuse produces a lot of food despite short-staffing

The plants retain their colors in early autumn at Brady Farm, where even winter promises to be robustly green.

Yes, the third big greenhouse (called a “high tunnel”) is up now. When it gets its extra overcoat (a second sheet of plastic), it will grow greens such as lettuce, spinach, collards and kale. Crops will also grow in the other high tunnels, one of which is for propagation.

“Things are still growing and we’ll continue to grow year-round,” Farm Coordinator Jessi Lyons said Sept. 25 at the farm, on Ford Avenue off Valley Drive in Syracuse. Twice a month during the winter, customers will be able to go to bradyfarm.org and pick which crops they want to buy.

Despite being short-staffed this year because of the coronavirus pandemic, “the crops were very productive—we produced a lot of food,” Lyons said. “But we didn’t get as many crops in the ground as we would have liked.”

Bradyfarm.org says: “CSAs are a way for farms and the community to mutually support each other. The CSA model helps get income to farms when costs are high in the spring and supports the farm to focus on growing food for their members.

“By subscribing to a Brady Farm CSA share, you help to sustain the farm, you receive regular farm-fresh produce and you save money. Subscriptions are called ‘shares’ because members share the benefits and risks, and are given a voice in what is grown at the farm.”

The CSA operated every month of the year except August. Twice a month, the farm supplied food boxes for families at Our Lady of Pompei School in Syracuse.

With Halloween approaching, Brady Farm fan Mike Farrell, of Syracuse, showed up Sept. 25 at the farm to buy a pumpkin. His wife, Sue Farrell, and her  sister Barb Walton had supplied the DJ music for that day’s Brady Farm festival in honor of bike riders who pedaled to raise money for the nearby Brady Faith Center. The 5.8-acre farm is one of the faith center’s 22 programs.

While he was there, Farrell asked Farm Coordinator Lyons about volunteering. “I just feel like helpin’ out,” Farrell said. “I have the time. I’m retired, I’m only working part-time now and I love gardening and this is a really wonderful endeavor. … Whatever they need done; it looks like there’s more than enough work to be done here.”

Farrell grew up in Queens Village and came to Central New York when he went to Le Moyne College. He worked as a special-education teacher in the Syracuse and Liverpool school districts, and now he works part-time at Institute of Technology at Syracuse Central. He agrees with the mission of the Brady Faith Center.

“I’ve known of [the late] Father Brady, and ‘God love you,’ of course, and his work for many years in this area, in this neighborhood,” Farrell said, “and this is such a healthy and wonderful work that they’re doing here—growing food, I mean you can’t beat that.” 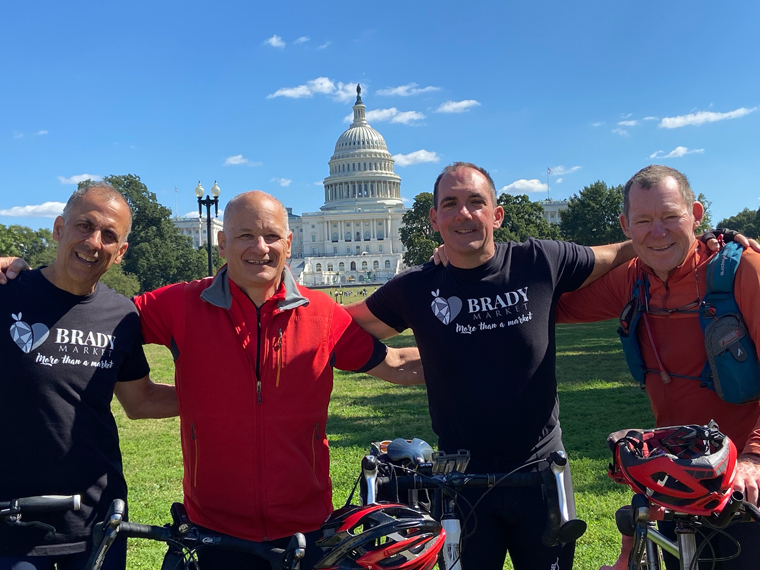 Long bike ride worth it

“We not only biked 450 + miles from SYR to DC, we also reached our Go Fund Me goal of 15K,” Kevin Frank, the executive director of the Brady Faith Center, wrote to the bikers’ supporters.

To raise those funds, Frank bicycled six days to Washington, D.C., with his fellow riders Dan Connors, Charlie Reller and John Rizzo. They climbed over 12,000 feet in elevation. Frank reported:

First Half Day out of Syracuse: 46 miles

Third Full Day: 108 miles (most of it in the pouring rain)

Sixth Half Day into DC: 20 miles

“My body is recovering now,” he wrote. “I’ll never forget this epic adventure. …

“Your love, prayers and support were tangible and helped me through the challenges and the grind of the ride. “Thanks for supporting our unique mission and vision in Syracuse.”