Helping those who can’t afford their disease

Laurie Mezzalingua’s legacy lives on in the Saint Agatha Foundation

Laurie Mezzalingua had everything going for her. 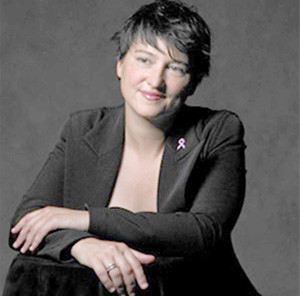 She was beautiful, young and smart. She had a big, loving family and strong faith.

Then, at age 29, she was diagnosed with breast cancer.

She was able to rely on that strong faith and family, as well as her family’s wealth, to help her through her cancer treatments. She could afford the best anti-nausea medicines, expensive reconstructive surgery, a private duty nurse to care for her after painful procedures.

But when Laurie was seeking treatment, she came in contact with others whose physical burdens were compounded by financial worries.

“She saw that there were people who couldn’t even afford gas to come in from Cortland to visit their families,” Laurie’s mother, Kathleen Mezzalingua, said.

“It really saddened her to realize that there were resources that she had access to that others could not afford,” she said.

So Laurie took up the fight against her own breast cancer and the injustice of those who, as she liked to say, “could not afford their disease.”

Laurie founded the Saint Agatha Foundation, which is named for the patron saint for those battling breast diseases.

In the four years when Laurie was heading the foundation, she gave away over $2 million to help patients receive a better quality of care and treatment.

In particular, the foundation provides treatment, support, prevention, screening and diagnostic services for people who could not afford such services.

Laurie died on July 4th of this year, and Kathleen Mezzalingua now chairs the foundation. She said it is still in very early days.

She and her husband Daniel have hired a consultant to help them create working structures for the foundation, as well as a web site through which those interested can get more information.

Mezzalingua said the foundation will make donations to patients through organizations which have identified those who would benefit from financial assistance.

And she said Laurie was adamant that the money go straight to patients.

Laurie served as president of the Susan G. Komen Breast Cancer foundation for two years, and she served on the foundation’s board for six years. She chaired the Race for the Cure event twice.

For her work, Laurie earned the Susan G. Komen Breast Cancer Foundation Outstanding Volunteer Award. In 2005, she was named the Citizen of the Year by  Temple Adath Yeshurun.

Laurie struggled with breast cancer for 12 years. “I never heard her say, ‘poor me,’“ Mezzalingua said.

Eventually, the cancer got into her liver and seven tumors developed on her brain. Doctors gave her only a couple of months to live.

But in the last year of her life, Laurie’s pain became too much, and she was no longer able to live on her own. She moved in with her parents, who put aside nearly every other aspect of their lives to care for her.

“The last year of her illness is when she was really very bad,” Mezzalingua said.

Yet despite this, Laurie made sure to incorporate prayer in each day. “She was just so grateful for everything,” Mezzalingua said.

As the family gathered together in prayer, there were times, Mezzalingua said, when she would begin by asking for some small mercy or a response to some immediate need.

But Mezzalingua said Laurie would always stop her and begin the prayer again, “She always began her prayer with ‘Thank you.’”

Mezzalingua said she knows the Saint Agatha Foundation will bring help to those who need it most.

“Between Laurie guiding me and God guiding me,” Mezzalingua said, “I think we will be led to the right people.”