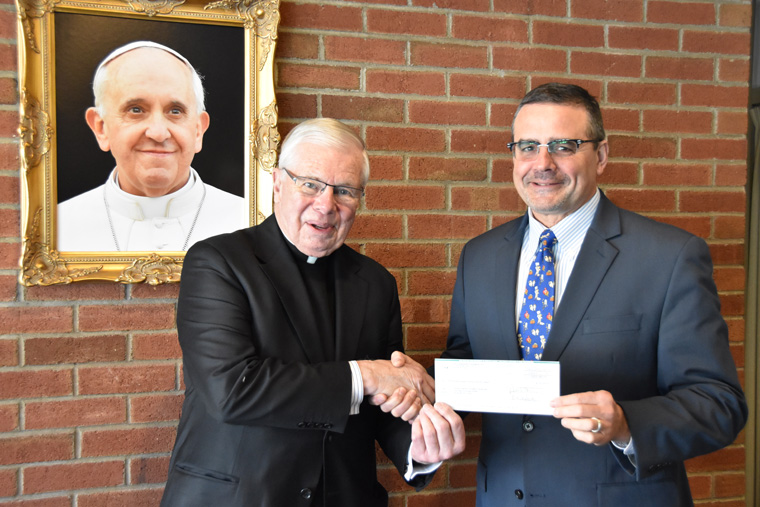 The first scholarships from the Yeazel Catholic Education Endowment Fund will be awarded to 123 students from nine diocesan Catholic schools for the 2019-20 school year. The fund was created at the Central New York Community Foundation in 2017 as a way to honor Msgr. J. Robert Yeazel as he prepared to celebrate 50 years of priesthood and to retire as pastor of Holy Cross Church in DeWitt. The monsignor did not want a party or gifts for himself, longtime parishioner and Fund officer John Drescher told the Sun last year, but the parish community wanted to honor him “in some way, so that the generations to follow will have an idea what he’s done for the diocese in 50 years.” The community and its pastor ultimately agreed on establishing an endowment to provide tuition assistance for students at Catholic schools in the diocese’s Western Region. A graduate of Catholic schools himself, Msgr. Yeazel told the Sun he’s “always believed in Catholic education.”

Diocesan superintendent William Crist noted Msgr. Yeazel’s commitment to Catholic education throughout his years of ministry as a pastor. “Msgr. Yeazel, through his fund, has guaranteed that we have students and families who will be able to attend their school of choice, a Catholic school in the diocese of Syracuse,” he said. Here, Msgr. Yeazel presents Crist with a check for the inaugural scholarships.