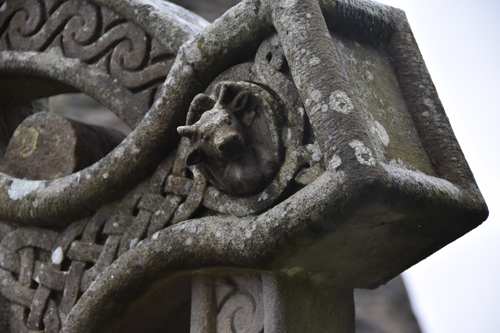 Day four in Ireland was jam-packed.

We started bright at early at Glendalough, exploring the remains of a monastic city. St. Kevin lived there as a hermit in the sixth century; eventually followers joined him, and a community grew up around them. The site holds remains of churches and other buildings, as well as a 100-foot tall round tower. Towers like the one at Glendalough, dating from 900 to 1200, were likely used to protect manuscripts and other valuables from invaders.

In Dublin, we viewed the Book of Kells, housed at Trinity College. The Book of Kells is a gorgeously illuminated book of the Gospels, handwritten and illustrated by monks in the ninth century. While we couldn’t take pictures of the displayed pages, we could take photos of the magnificent Long Room in the college library. 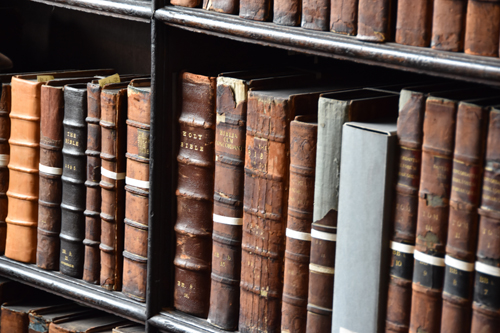 Just some of the countless volumes housed in the Long Room at the library at Trinity College. (Sun photo | Katherine Long)

We celebrated Mass at St. Mary’s Pro-Cathedral, the Cathedral of the Archdiocese of Dublin. Its long history dates back to the twelfth century, wends its way through the dark days of the penal laws to its rebuilding to its renovations to today.

We also visited St. Patrick’s Cathedral, the National Cathedral of the Church of Ireland, an amazing storehouse of faith and history. The choir was rehearsing while we were there — is it too corny to say it sounded heavenly?

All along the way, we were also touring the city of Dublin, learning about its development, architecture and public art. My personal favorite was a monument to Daniel O’Connell, the 19th century political leader who fought for Catholic emancipation. Four angels sit at his feet, representing the virtues of patriotism, courage, eloquence and fidelity (according to our guide for the day). 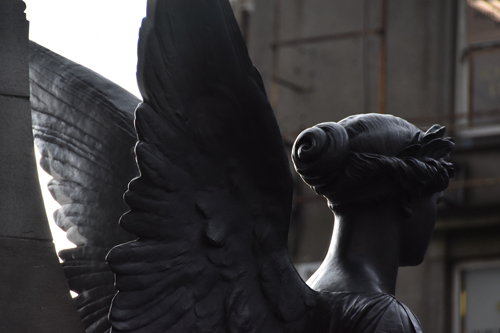 An angel, part of a monument dedicated to Daniel O’Connell, is seen in Dublin Oct. 5, 2015. (Sun photo | Katherine Long)

Tomorrow we head to Belfast in Northern Ireland, celebrating Mass in the Catholic Cathedral there. Remain assured of our prayers!