Jubilarian reflects on a life of following where Spirit leads her 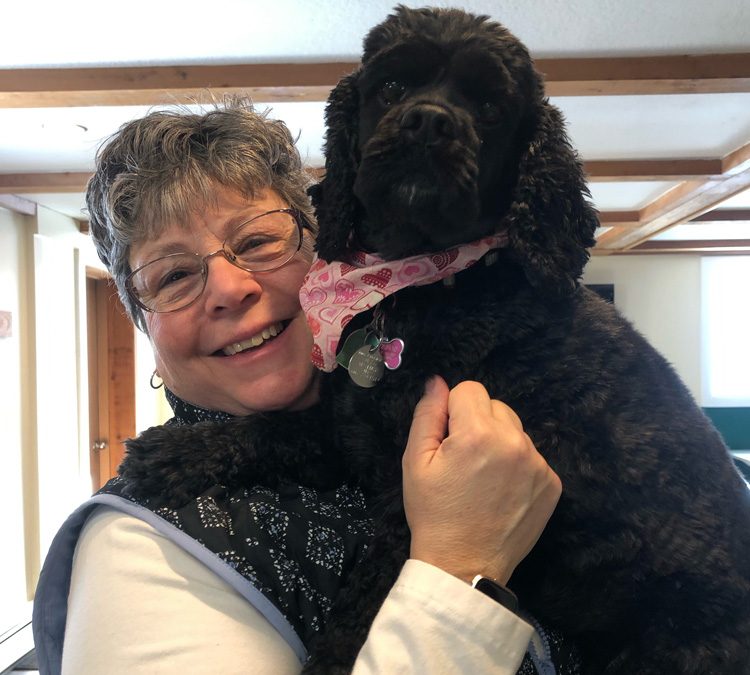 The Sisters of Saint Joseph of Carondelet renewed their vows, which began with this statement:

“My God, I renew my perpetual vows of poverty, chastity and obedience in the congregation.”

Two others who attended, Sister Nancy Gregg and Sister Elizabeth Costanzo, are celebrating their 60th jubilee.

Sister Lynn Abdelnour gave a reflection at the Mass, noting that Sister Rose has an openness to follow where the Spirit may lead her. Sister Lynn said that’s “evident in her flexibility with the spiritual needs of the teens and young adults with whom she ministers.”

In a recent interview, Sister Rose shared her favorite scripture—Isaiah 43:19: “See, I am doing something new! Now it springs forth, do you not perceive it?”

It fits with her life, which has been filled with variety since graduating from high school in the Philadelphia area. After a year in community college, there was a call to the Sisters of St. Paul. But after two and a half years, just before first vows, she left the order.

She started working in parishes teaching religious education. Then she moved with her parents to Potsdam. Again active in her parish, she worked for several years as a security guard at Clarkson University.

That’s when she sought out the advice of her spiritual director.

“But I was really, really scared to make that decision again.”

In 1996, she entered the novitiate of the Sisters of St. Joseph in Watertown. There was a new ministry in the years toward final vows in 2001. She served as a social worker in some nonprofits. She became director of Youth Ministry for the Diocese of Ogdensburg. In 2005, something changed.

“There was a restlessness in me,” Sister Rose recalled, “I don’t know how to explain it. I just wasn’t happy in Watertown, there was something missing.”

She transferred to the Sisters of St. Joseph of Carondelet based in Latham. She worked as a social worker and as a youth minister in the Albany area. She left for a similar position at St. James and Cazenovia College in the Syracuse area.

Sister Rose continued her education throughout the years, earning a bachelor’s degree in social work and master’s in social work from Syracuse University, and also a master’s in pastoral studies from St. Bernard’s School of Theology and Ministry, Rochester. And she is certified as an Ecclesial Leader in Faith Formation and Youth Ministry.

Then in 2015, Sister Rose was asked to consider applying to the Newman House at Binghamton University. That’s where she’s been for the last six years, as Chaplain/Director.

“I found a home here, it’s been a great fit for me and the community at large,” she said.

“We’re very culturally diverse here,” Sister Rose said. “I’m proud that we do have such a good, strong faith community here with acceptance of each other. Which is hard to do, but you don’t see that often.”

The Newman House has about 400 members. There’s Sunday evening Mass with a rotation of parish priests. Each year close to 100 new students join. With COVID-19 things have been different. Mass was offered in person and also virtually. A new semester is just under way.

“We’re looking at this year’s rebuilding, or trying to catch the second-years that we missed last year. We’re focusing on the first-years,” Sister Rose said.

Sister Rose and her dog Tosca are a familiar sight on the B-U campus. Sometimes Tosca wears a sweater with the words “Newman House” on it.

Each year, some members go through RCIA (Rite of Christian Initiation of Adults) on campus. Sister Rose also tells of graduates who’ve gone back home to churches that don’t seem to fit their faith needs. That’s when she encourages them to bring their Newman House experience with them and build on it.

As for vocations, Sister Rose is optimistic.

“It can be hard …, especially with the lower numbers,” she said. “Living in community will become a different way. And we were never meant to have large numbers.”

“The ’60s was a blip in the history of the church where there were vocations,” she added.

Now she said, everyone can help the numbers grow and be supportive. Especially if a child has a vocation, parents should support it.

“I know there are young people out there, still being called,” she said.