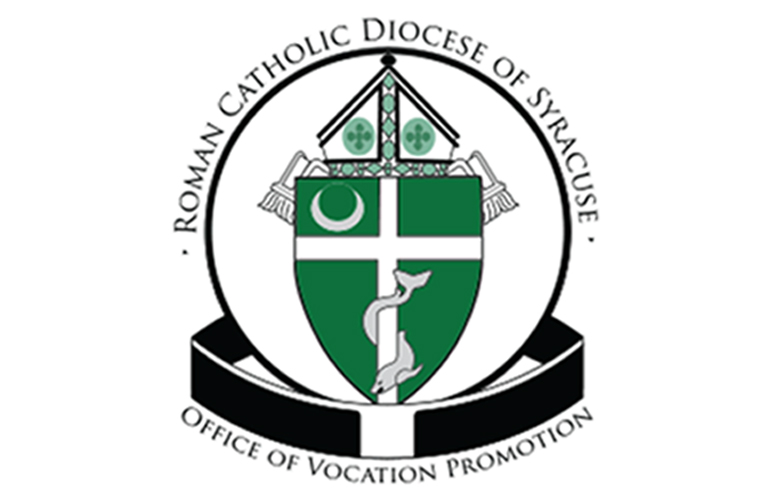 When Father Jason Hage assumed the role of diocesan Director of Vocation Promotion Oct. 1, he consecrated the work to St. Thérèse of Lisieux. Not only is Oct. 1 her feast day, but St. Thérèse also had a special devotion to praying for priests and seminarians, Father Hage said. He is entrusting the saint of the “little way” with some big plans for the office.

Father Hage succeeds Father Joe O’Connor, who served as director for 12 years. Father O’Connor is now the Director of the Office of Seminarian Formation, succeeding Father John Manno, who is now Vicar for Clergy.

Father Hage had the opportunity to informally mentor under Father O’Connor for four years as director of Fisherman’s Club, a program that aims to build fraternity for young men discerning a possible vocation. Father O’Connor “gave me a lot of good guidance and advice about what the job is all about,” Father Hage said, yet perhaps his best qualification is the simplest one: “I’m a parish priest.”

Father Hage has chosen the theme of “priest as healer” for this year’s vocations efforts. The theme is drawn in part from the scripture passage that inspired Bishop Douglas J. Lucia’s motto, “In the Name of Jesus.” Acts 3:1-10 tells the story of “the crippled beggar” who is healed through Jesus. The apostle Peter says to the man, “I have neither silver nor gold, but what I do have I give you: in the name of Jesus Christ the Nazorean, [rise and] walk” (Acts 3:6). A faithful priest can heal the body of Christ, Father Hage said, an important idea especially during this chapter in the Church’s history.

Among Father Hage’s first goals this year will be raising awareness of the resources available locally. Through five outreach programs, the office aims to connect with “every age group and every demographic that could potentially be discerning,” Father Hage said. The programs are:

• St. Andrew dinners: These informal dinners are geared toward young men ages 15 to 18 and aim to provide a “comfortable environment to help a young man consider the priesthood as a possibility in his life,” Father Hage said. Pastors and parish life coordinators extend the invitations and then accompany attendees for an evening of prayer, vocation stories, and a meal. A dinner is held once a year in each region of the diocese.

• Fisherman’s Club: Now beginning its fifth year, the Fisherman’s Club is an opportunity for men ages 18 to 30 to gather for fellowship and discernment. Hosted at Le Moyne College, the evening meetings include prayer and reflection, followed by food and fraternity. Father Hage said even the car rides to the meetings can be fruitful: One young man carpooled with a seminarian, which naturally allowed for further conversations. That young man is now a seminarian himself.

• The Tenth Hour: The longstanding Bishop’s Vocations Picnic was recently revamped into this co-ed retreat evening. The Tenth Hour references a scripture passage wherein an individual begins an encounter with Jesus. The evening retreat includes prayer, a variety of workshops hosted by priests and women religious, a holy hour and guest speaker, and a picnic dinner.

• Men in Black games: Over the years, priests, deacons, and seminarians of the diocese have suited up as the Men in Black to take on parish teams in friendly games of basketball and soccer; currently, the team steps up to the plate for a softball game each summer. The games, which draw about 300 to 400 spectators, Father Hage said, are a “fun piece to show the humanity of priests.”

Father Hage will also focus on increasing lay involvement in vocation promotion. He recently provided trainings to youth and young adult ministers and to catechetical leaders, and he’ll be offering additional trainings in the future. His goal is to empower lay people to promote vocations and to give them the tools, resources, and contacts needed to do so. Father Hage also hopes to hold a vocations summit next year, designed for parish-based vocations teams.

“At the end of the day, they’re the people on the ground, they know their families, they know the homes,” he said. Focusing on homes and family life is key, he said, “because that’s where vocations come from.”

“Without my parents, without my siblings, there’s no way I’d be able to respond to this call,” Father Hage said.

If there’s a young person in your life who you think has the makings of a great priest or religious, Father Hage recommends being direct and gentle. “Let that person know you think they have the gifts, then invite them to pray,” he said. Don’t speak for God, and don’t over-explain, he added. “If it’s from God, it will take root and bear fruit.”

To learn more about vocations in the Diocese of Syracuse, visit vocations-syracuse.org. Contact director Father Jason Hage at jhage@syrdio.org or 315-470-1468.