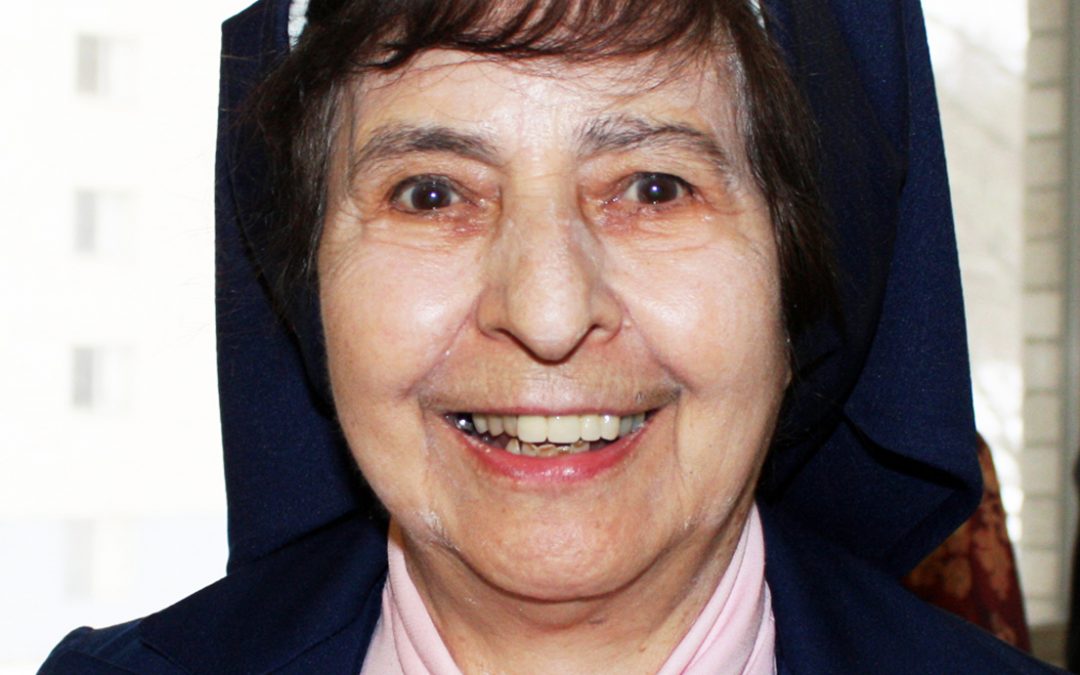 Sister Anne Michael Mirabito, CSJ, 93, died July 6, 2019, at St. Joseph’s Provincial House, Latham. She had been a Sister of St. Joseph of Carondelet for 75 years.

Sister Anne Michael, the former Mary Anne Mirabito, was born on Oct. 15, 1925, in Amsterdam, N.Y.,  daughter of the late Bartolo and Abbondanzia Rossello Mirabito. After graduating from Wilbur Lynch Sr. High School in Amsterdam, Sister Anne entered the novitiate of the Sisters of St. Joseph on March 19, 1944; she professed final vows on Aug. 15, 1949. She received a bachelor’s degree and a master’s degree, both in elementary education, from The College of Saint Rose.

Sister Anne spent 50 years in the ministry of education in schools of the Albany and Syracuse dioceses, followed by several years as a parish visitor to the sick and homebound. In the Syracuse Diocese, she taught at three former schools: St. John the Baptist, Syracuse; St. Patrick’s, Binghamton; and St. Mary’s, Clinton. Sister Anne retired in 2005 to St. Joseph’s Provincial House where she generously volunteered in various in-service positions.

Sister Anne Michael was a cheerful, friendly woman of deep faith with a smile that spoke volumes about her goodness and her warm, hospitable nature. While she taught all the grades, one of her special joys was Grade 2 — she prepared hundreds of children for the gift and grace of their First Holy Communion. Later, as a math teacher in the middle grades when computers were introduced into the classrooms, Sister Anne embraced the challenge and retrained herself in computer-assisted education, especially in math and reading. After her retirement from teaching, she spent years bringing the Eucharist to the elderly, sick, and homebound and, with the gift of Jesus, she also brought her concern, compassion, and reassuring promise of prayers. Sister Anne Michael leaves a legacy of spreading joy, kindness, and friendship in the spirit of Christ, and she will be dearly missed.

Sister Anne is survived by her brother, Peter, of Scottsdale, Ariz.; by several nieces and nephews and their families, with special mention of Cathleen Decateau and Michael and Michele Auricchio; and by the Sisters of St. Joseph. In addition to her parents, Sister Anne was predeceased by a brother, Barney Mirabito, and her sister, Theresa Auricchio.

Sister Anne Michael’s Mass of Christian Burial was held July 15 in the chapel of the Provincial House. Donations in Sister Anne’s memory may be made to the Development Office, Sisters of St. Joseph, 385 Watervliet Shaker Road, Latham, N.Y., 12110.