Pass on faith through deeds, not words, pope says 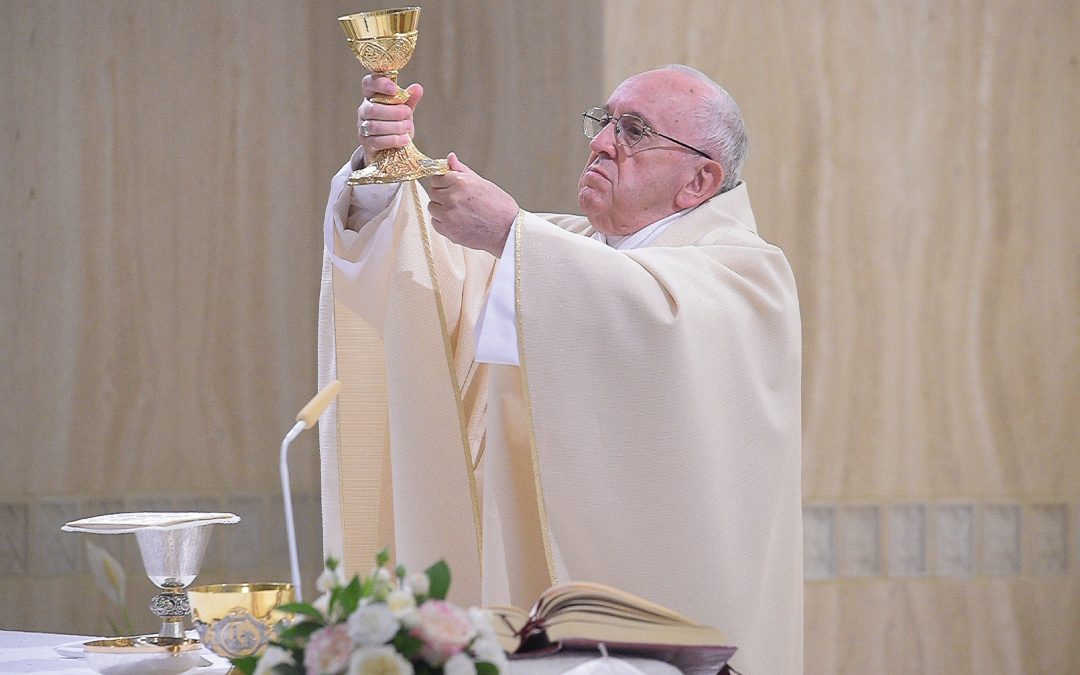 VATICAN CITY (CNS) — Christians must pass on the faith by giving witness through their example and not by persuading others to choose sides, Pope Francis said.

“Transmitting the faith isn’t proselytism; it is another thing, it is greater. It isn’t looking for people who support this soccer team, this club, this cultural center. This is good, but for faith, proselytism doesn’t work,” the pope said in his homily May 3 during morning Mass at the Domus Sanctae Marthae.

Reflecting on the day’s first reading, in which St. Paul reminds the community of Corinth to “hold fast to the word I have preached to you,” the pope said that the transmission of faith isn’t simply “giving information” to others but is passing on the faith one has received.

Faith is also passed on through generations of grandmothers, mothers and even caretakers who not only do so through words, but with “caresses” and with “tenderness,” he said.

Citing his predecessor, retired Pope Benedict XVI, Pope Francis emphasized that faith in others “grows by attraction, by giving witness” to one’s life which in turn “stokes curiosity in the hearts of others.”

“When this coherence in life is seen in what we say, there is always curiosity: ‘Why do I live this way? Why don’t I live a life of service for others?’ And that curiosity is the seed that is taken by the Holy Spirit and he carries it forward,” the pope said.