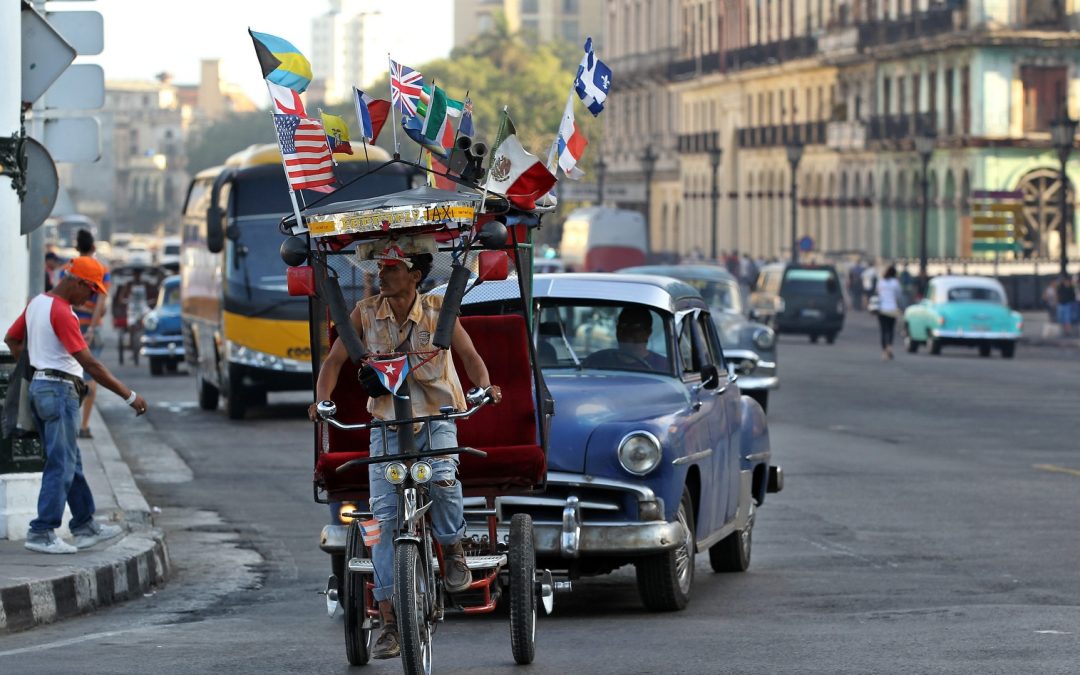 VATICAN CITY (CNS) — Pope Francis will visit Cuba in September before his trip to the United States.

Jesuit Father Federico Lombardi, Vatican spokesman, told reporters April 22 that the pope has “received and accepted the invitation from the civil authorities and bishops of Cuba” and has decided to visit the island before going to the United States.

The pope is tentatively scheduled to arrive in Washington late Sept. 22 and will visit Washington, New York and Philadelphia Sept. 23-27. However, details such as the dates and itinerary for his trip to Cuba would come at a later time, Father Lombardi said.

Visiting Cuba and the United States on the same trip abroad signals Pope Francis’ continuing interest in encouraging the normalization of relations between them.

Both leaders credited Pope Francis with helping to secure the deal. The pope had been following and supporting the talks. He had also written personal letters to both leaders, and the Vatican hosted a secret meeting between representatives of the countries last fall.

The U.S. first imposed a trade embargo on Cuba in 1960 in reaction to the repression and human rights abuses that followed the Marxist revolution that put Fidel Castro in power the previous year. President John F. Kennedy expanded the embargo, and subsequent presidents maintained it.

In his annual address to diplomats serving at the Vatican, Pope Francis hailed the agreement as “one example close to my heart of how dialogue can build bridges.”

The popes continually voiced hopes that the embargo would be lifted and that the strained relations would be healed.

In 1998, not long after he became archbishop of Buenos Aires, Argentina, then-Archbishop Jorge Mario Bergoglio published a booklet focused on the speeches and homilies St. John Paul II made during his historic visit to Cuba a few months earlier.

The text made two major points: Dialogue is not only possible, but it is necessary; and, a sincere and honest dialogue would benefit both the U.S. and Cuba.

At the same time, Archbishop Bergoglio repeatedly argued for the full freedom of the Catholic Church in Cuba to preach the Gospel and minister to the poor and denounced ideological systems that offended the transcendent dignity of the human person.

During his 2012 visit to Cuba, Pope Benedict XVI made the same points. Once he returned to Rome, he said he had gone to show support for Cuban church’s mission “to proclaim the Gospel with joy despite the lack of means and difficulties still left to overcome so that religion may carry out its spiritual and educational service in the public realm.”