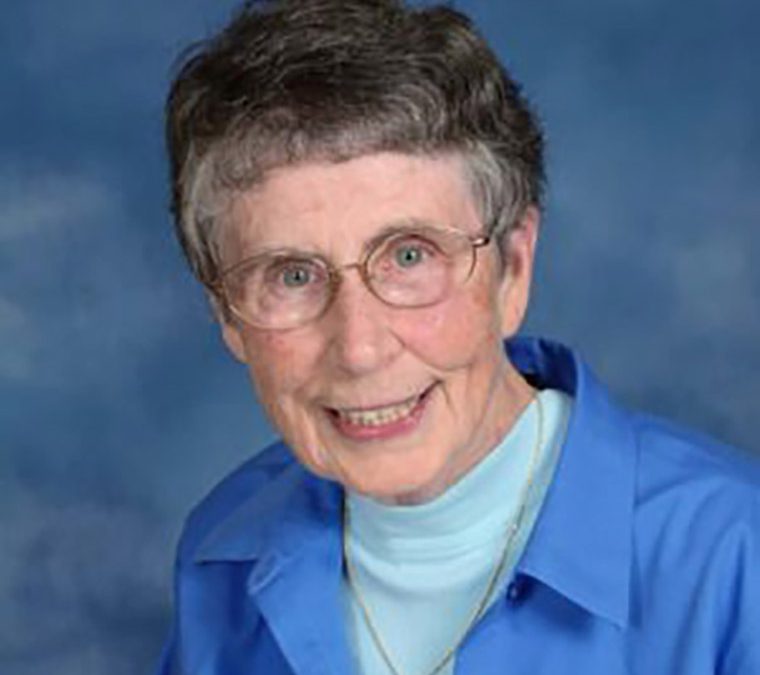 Sister Marianne Baehr (Sister Rosemary), 80, died July 10, 2022, at St. Joseph’s Provincial House, Latham.  A native of Oswego, Sister Marianne was the daughter of George and Rosalie Hogan Baehr. Her brother, David, was a priest of the Diocese of Syracuse.

After graduation from Oswego Catholic High School, Marianne entered the Sisters of St. Joseph, professing final vows in August 1967. She gained a bachelor of science degree from the College of Saint Rose, Albany, and a master’s degree, also in education, at SUNY Cortland. For many years Sister ministered as teacher and administrator in the schools of the Syracuse Diocese.

Sister Marianne’s love of her students and her generous gifts made her not only a creative teacher and administrator, but also a fundraiser, obtaining grants that enabled the implementation of computer programs in the schools she served. In addition to her educational expertise, Sister encouraged her faculty and students to engage in “clown ministry.” This was a way of entertaining the entire school community — students, teachers and families.

Always a loyal Oswego native, Marianne served her “dear neighbor” as principal of St. Mary’s School, Oswego, in the same parish where her brother, David, served as pastor. In the years they shared ministry there, they saw St. Mary’s as an extended family. During her service in Oswego, Sister Marianne was selected in July 1999 as the “Woman of the Month.” When Father David relocated to Florida, Sister Marianne later engaged in ministry in St. Martha’s School, Sarasota. Some years after Father Baehr’s death, Sister came to the Provincial House in Latham. As in all her years of ministry, Marianne offered a radiant smile and a loving presence to her sisters and to the Provincial House staff.