Rome Catholic School: a lot of faith in a new building 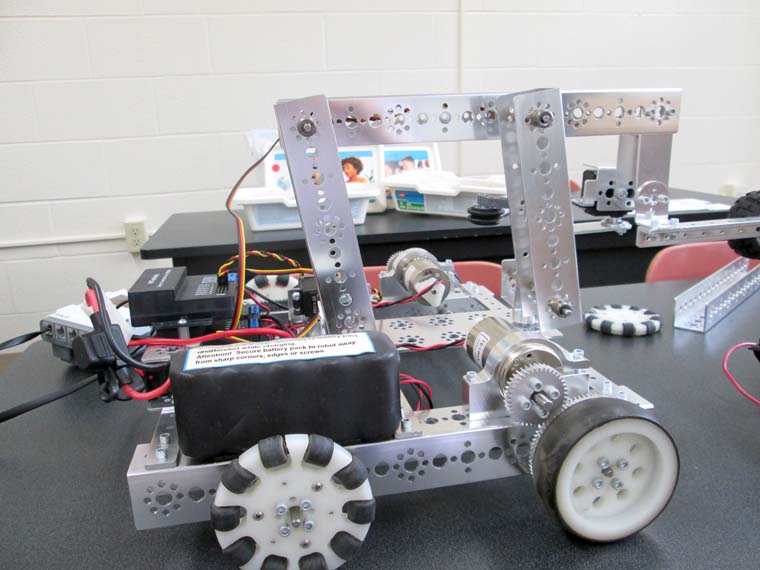 In her devotion to saints, Rome Catholic School Principal Patricia Bliss asks for the little things: calm in the storm, positive change, and little kids to fill up her school.

“To me life is about small miracles, you know?” she said last week. “I mean, flowers growing here, that’s a miracle. … Helping others is a miracle. Changing people’s hearts. You can see the face of God in the children.”

About 80 children in preschool, pre-K, and K-6 will start school Sept. 8 at Rome Catholic’s new location: 400 Floyd Ave., the former St. Peter’s School building. Most recently, the building was used as a tutorial center for the Rome City School District. Rome Catholic’s previous location was 800 Cypress St., the site of the high school that closed in 2013.

The smell of new carpet is perceptible at the new Rome Catholic, thanks to a renovation undertaken by the Diocese of Syracuse.

“The building itself is in great shape, excellent shape,” Bliss said. “We put in new carpets, new ceiling tiles, new LED lights.” All the rooms have been painted, and there is new internet access and wifi throughout the building. Also new are the telephone system and the security-camera system.

“With this new school, we now need to bring in more students to fill these beautiful new classrooms,” Crist said, “keeping Catholic education alive and a vital choice for families in the Rome community.”

All of these improvements have been touched, reviewed, or directed by diocesan workers Ed King, his brother Mike and Scott Clemons.

“Mr. Ed King and his crew that remodeled the school did an outstanding job,” Father Philip A. Hearn, of St. Mary-St. Peter School in Rome, said in an email. “It looks like a new building for welcoming the students.  Now we have to pray to get more students into the classroom seats within this beautiful building.

“The Principal and staff do marvelous work in developing an excellent academic spiritual and artistic curriculum for the elementary grades. Daily prayer is a priority for the Principal and staff which helps to bring a sense of peace and joy for all the students. Catholic Schools have been a part of the City of Rome for 150 years and it is great that it continues at Rome Catholic School on Floyd  Avenue.”

King and his staff have been “miracle-workers,” said Bliss, who was born in Cooperstown and grew up on a dairy farm with seven siblings.

She figures that her devotions to St. Mother Teresa and St. Therese of Lisieux have a hand in that. “’Little Flower, at this hour show your power,’ we used to say. Whenever you saw a rose, unexpectedly, you weren’t looking for … something that you were praying for had come true.”

Catholic education has existed in Rome since 1850, she said, and she intends to keep it going.

The school offers a rigorous education and a commitment to instilling principles of good citizenship and the Catholic faith. One room has computers set up for each of the students. The students will use the computers for math, reading enrichment, word-processing, story-writing, and science experiments.

“Absolutely they can do it, the little ones can do it,” Bliss said. “So they’ll first learn to build something, maybe build a robot, build an airplane, build a drone, build all those things that they hear about.”

“We’re trying to work the curriculum to be more interactive and interdisciplinary,” she said. “For example, the music teacher is also our phys-ed teacher. So she’ll be incorporating music into the gym classes, and perhaps gym in music class, together. The Spanish teacher is going to be working with technology that we haven’t had before, and also maybe even music as well, so they would learn Spanish with a song.

“So the teachers will be working together, which is more real-life.”

The LEGO car in the robotics lab is programmable, but Rome Catholic also feels that the students’ faith is expandable. Next to a punctuation poster is a poster that explains how to pray the rosary.

The school holds Masses every month, and in fact Bishop Robert J. Cunningham will be presiding over a Mass Sept. 16 in the gym: the first Mass for Rome Catholic in its new location.

Being a Catholic is not a requirement for attending Rome Catholic, but all students participate in religion classes.

The school emphasizes not only the ABCs but also the three C’s: confidence, cooperation, and collaboration. Bliss wants Rome Catholic students to stand up for what is right, to be sensitive to other people’s feelings and beliefs, and to have a sense of service.

Bliss’ dedication to service is also reflected in her role on the board of directors for Catholic Charities of Delaware, Otsego, and Schoharie Counties.

That dedication goes back to her time in New Jersey, where she worked for the Archdiocese of Newark for 28 years. In 2008 she moved back to New York State and served as the principal at St. Mary’s in Oneonta. She started as the principal of Rome Catholic in 2013.

One of the small miracles that Bliss cherishes is the fact that “their parents chose us, the trust that we’re going to help them raise their children.”

Over in the pre-K room across from Bliss’ office, teacher Lisa DiNardo was getting the room ready for opening day.

She added: “We’re all very excited to start something fresh and exciting.”

The faculty and staff, she said, is “a nice small, close group; I love it. … We’re a very close-knit family here.”

School secretary Kelly Czajkowski described the refurbished building as “very kid-friendly. A lot of hard work has been put into it but it’s worth it. It’s kid-friendly, it’s age-appropriate, and it’s inviting. A lot of parents are very happy about the inviting atmosphere it gives.”

She has another little favor to ask:

“Wouldn’t it be a great problem to have: outgrow this building.”