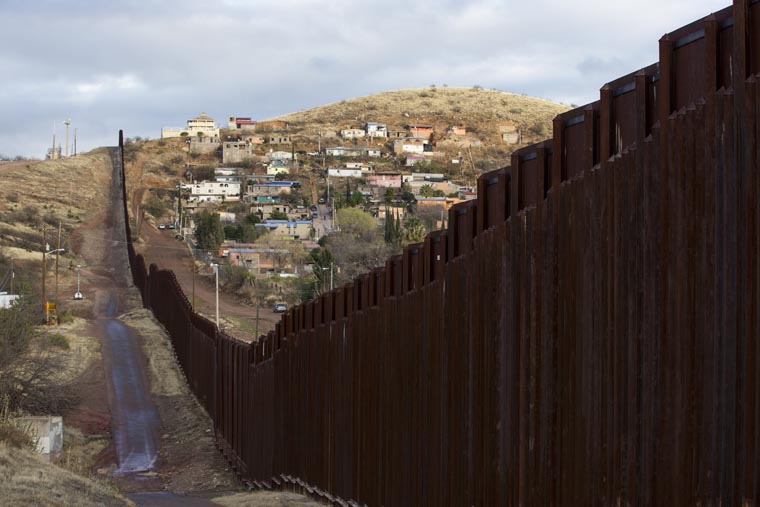 WASHINGTON (CNS) — In two memos published Feb. 20, the Department of Homeland Security outlined guidelines that White House officials said would enhance enforcement of immigration laws inside the country as well as prevent further unauthorized immigration into the U.S.

The memos by Department of Homeland Security Secretary John F. Kelly also called for state and local agencies to “assist in the enforcement of federal immigration law” and for hiring “additional border patrol agents, as well as “500 Air and Marine Agents/Officers.” The cost of implementing such programs, whether there’s enough funding and how Congress will be involved, was not discussed.

While there have been two arrests under the new administration involving recipients of Deferred Action for Childhood Arrivals program, known as DACA, the policy was not mentioned in the new guidelines. The program grants a reprieve from deportation and allows a work permit for those who were brought as minors to the U.S. without legal permission.

In the news briefing, Spicer said the guidelines were meant to prioritize for deportation anyone who was a criminal or posed a threat in some form, but he also said “laws are laws” and that anyone in the country who is here without permission is subject to removal at any time.

In a Feb. 23 statement, Bishop Joe S. Vasquez of Austin, Texas, chairman of the U.S. bishops’ Committee on Migration, said that while public safety is important, the memos detailing the new guidelines “contain a number of provisions that, if implemented as written, will harm public safety rather than enhance it.” Bishop Vasquez added that it will break down “the trust that currently exists between many police departments and immigrant communities, and sow great fear in those communities,” if local enforcement is used to enforce federal immigration laws.

The memos also addressed the issue of unaccompanied minors who cross the border, fleeing violence in their home countries or seeking reunification with family in the U.S. They said that “regardless of the desire of family reunification,” smuggling or trafficking is “intolerable” and said “exploitation of that policy led to abuses by many of the parents and legal guardians.”

Bishop Vasquez said the policies in the memos “will needlessly separate families, upend peaceful communities, endanger the lives and safety of the most vulnerable among us” and urged the Trump administration to “reconsider the approach” expressed in the Feb. 20 memos but also “reconsider the approach it has taken in a number of executive orders and actions issued over the last month. Together, these have placed already vulnerable immigrants among us in an even greater state of vulnerability.”

Department of Homeland Security workers, the memo also said, should prioritize for deportation “removable aliens” who “have abused any program related to receipt of public benefits.”

Reports from major outlets such as The New York Times and The Washington Post said the administration in a conference call said it was seeking to calm fears among immigrant communities by saying only those who “pose a threat or have committed a crime” need to worry about being priorities. But during the news briefing, when asked about a woman who was deported despite having no major criminal convictions, Spicer said he wouldn’t comment on specific cases.

After drafts of memos leaked out in mid-February proposing use of the National Guard in immigration operations, The Associated Press reported that the New Mexico’s Catholic bishops called the ideas in the memos “a declaration of some form of war.” AP provided documents to back up the claim but the White House denied it and the final guidelines made no mention of the National Guard.

Catholic leaders have been urging dignity and respect for migrants and have acknowledged the rampant fear among communities.

The Conference of Major Superiors of Men Feb. 21 issued a statement denouncing the recent arrest by immigration officials of six men exiting a hypothermia shelter at Rising Hope Mission Church in Alexandria, Virginia, saying it violated Immigration and Customs Enforcement policy “not to conduct enforcement actions at or near ‘sensitive locations’ like houses of worship.”

The conference said it invited “others to join us in denouncing these deportation efforts that harm the ‘least of our brothers and sisters.’ We especially denounce the irreverence, disrespect and violation of sensitive locations, such as houses of worship and ministry which belong to God and the erosion of our Constitutional right to be free from religious oppression by our government.”