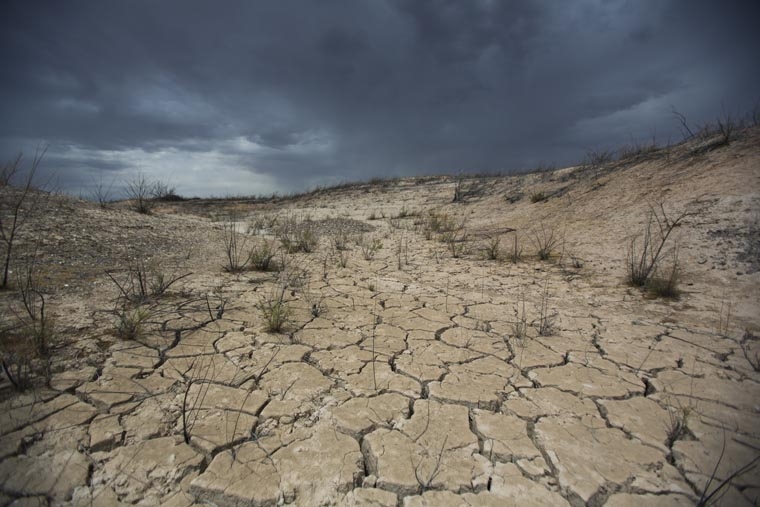 WASHINGTON (CNS) — In a new Pew Research Center survey conducted prior to the release of Pope Francis’ encyclical focusing on the environment, U.S. Catholics were asked their views both on global warming and the pope himself.

Out of the overall U.S. population, 68 percent said they believe the earth is warming, with 71 percent of U.S. Catholics sharing that belief, according to results released June 16, two days before the release of the pope’s encyclical on the environment, titled “Laudato Si’: On the Care of Our Common Home.”

Global warming is an issue that is highly politicized in the United States, and the Pew survey showed that Catholics in the country are not exempt from that polarization, with respondents sharply divided along party lines on the issue.

“Among the U.S. public as a whole, belief that global warming is occurring is nearly twice as common among Democrats as Republicans (86 percent vs. 45 percent),” Pew said in a report on poll results. That divide was slightly smaller among Catholics, with 85 percent of Catholic Democrats expressing belief in global warming and 51 percent of Catholic Republicans expressing the same.

“The view that global warming is caused by human activity is roughly three times as common among Democrats as among members of the GOP (64 percent vs. 22 percent), as is the view that it represents a very serious problem (67 percent vs. 21 percent),” it said.

“Similarly, Hispanic Catholics are significantly more likely than white Catholics to say they believe (the) earth is getting warmer (82 percent of Hispanic Catholics vs. 64 percent of white Catholics), to say it is mostly due to human activity (60 percent vs. 39 percent) and to say global warming is a very serious problem (63 percent vs. 39 percent). These differences closely match those found between whites and Hispanics in the overall population.”

Looking at the public as a whole, more people in this Pew poll were found to believe that global warming represents a serious problem than thought that in a 2013 poll. Meanwhile, the percent of people that believe global warming is happening and is caused by human actions has remained steady between 2013 and the present.

Though global warming remains a divisive issue, Catholics across the United States were significantly less divided with regard to Pope Francis.

In fact, both Catholic Republicans and Catholic Democrats were “about equally likely to express positive views of the pope,” according the poll data.

Eighty-six percent of U.S. Catholics who responded to the poll expressed a favorable view of Pope Francis, down from 90 percent in a Pew Research Center poll done earlier in the year.

Despite the small decrease in his favorability rating, Pope Francis remains consistently in higher regard than his immediate predecessor, Pope Benedict XVI, and close to the very high favorability of St. Pope John II during the late 1980s and early 1990s.

However, Pope Francis’ strong favorability among U.S. Catholics is not something entirely shared with the rest of the country.

When U.S. Catholics were asked if certain words or phrases accurately described Pope Francis, 9 out of 10 felt that the terms “compassionate,” “humble” and “open-minded” described him.

Relatively few attributed negative traits to the pope. Only 19 percent say Pope Francis is “too liberal,” with those who described themselves as conservative more inclined to call him such. Another 15 percent said he is “naive” and 11 percent said he is “out of touch.”

“Hispanic Catholics are twice as likely as white Catholics to say Pope Francis is ‘out of touch’ (17 percent vs. 8 percent),” the poll showed. However while some attributed negative terms to the pope, less than 1 percent of Catholics use only negative terms when describing him.

While Pope Francis gets generally high marks from U.S. Catholics, there were some that viewed him more highly than others. Women in particular hold Pope Francis in high regard because of his handling of issues, with a higher percentage than men viewing his actions favorably.

Of Catholic men, 82 percent view him favorably, but with women his net favorability jumped to 90 percent of respondents. In particular, women said they believe the pope is doing a “good” or “excellent” job in “spreading the Catholic faith” (89 percent of women compared to 78 percent of men) and in “addressing the needs of the poor” (84 percent to 74 percent of men).

As the release of his encyclical approached, the pope received below average marks on his job addressing environmental issues. Just 53 percent of U.S. Catholics viewed his job on the environment as favorable and only 18 percent said he was doing an excellent job on the issue.

Some speculated that once Catholics have a chance to read the pope’s “Laudato Si'” encyclical, the document might be able to bridge the divide on global warming and perhaps prompt a change of heart among Catholics who can’t even agree it is a problem that needs to be addressed.

The Pew survey was conducted between May 5 and June 7, on landlines and cellphones among a national sample of 5,122 adults, including 1,016 self-identified Catholics.” The margin of error for the general public sample is plus or minus 1.6 percentage points and for the Catholic group plus or minus 3.5 percentage points.