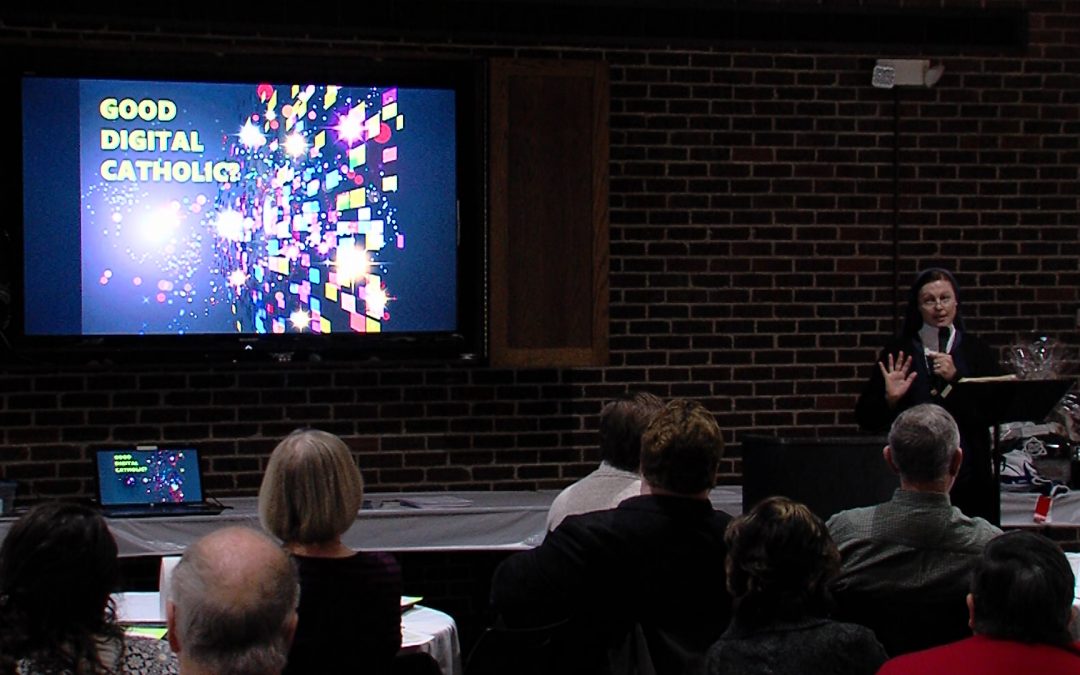 Sister Helena Burns, FSP, international speaker and digital communication expert, shared her media expertise with dozens of parish communicators Nov. 9 as the diocesan Office of Communications hosted “Becoming Digital Catholics,” a day of learning and networking at Immaculate Conception Parish in Fayetteville. In two talks during the daylong event, Sister Helena offered attendees an overview of media literacy and how new media can be used to evangelize.

The Sun caught up with Sister Helena following the event to talk media literacy and how to help create and become good “digital Catholics.”

Many Catholics don’t know what the Church teaches about media, Sister Helena says. “It teaches media literacy,” she stated, pointing to the Pontifical Council for Social Communications’ 1992 document “Aetatis Novae” (“At the Dawn of a New Era”).

Media literacy has been around for over 100 years, she said, but educators and thinkers in the 1960s, including Marshall McLuhan, initiated a “whole comprehensive approach to media, to really understand how it’s created and how we can be critical users of media and use it well,” she said. 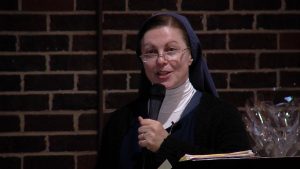 Sister Helena is a member of the Daughters of St. Paul, a congregation of women religious dedicated to communicating the Word of God through media. Members of her congregation and others “have branded the Catholic faith component of media literacy as ‘media mindfulness,’” she said.

She cited Our Media World and Media Mindfulness, books on teaching children and teens about media penned by Sister Rose Pacatte, FSP, and Sister Gretchen Hailer, RSHM, which “combine all the the principals of media literacy with our Catholic faith… As the U.S. bishops said in the National Directory for Catechesis, we have to make media a topic of our catechesis because it’s not a neutral zone.”

Drawing on the words of McLuhan, Sister Helena said media are no longer tools that we use and put away, and that we create the tools and then the tools shape us. “But we’re in control of how they shape us by how we choose to use,” she said.

When it comes to evangelizing, it’s important to watch “how we communicate,” Sister Helena advised. “When we communicate ourselves, through media of any kind, old or new, we’re always witnessing to Christ or not witnessing to Christ.” Young people especially need to be taught that “we’re always repping. We’re not just ourselves. We’re repping Christ, we’re repping our families and organizations.”

The older generation that grew up without digital media “has an advantage,” Sister Helena said. “We’re the only ones who can compare and contrast. We can pass on to our young people better ways of using this media, in a non-obsessive way.”

“Control is for the moment, communication is for a lifetime,” she said. “Yes, you have to control young people’s media when they’re very small, but if we communicate constantly with our young people about media use, media content, media devices, and we have some guidelines and we stick to them, and make them realize how powerful this media is, then they’re going to, when they grow up, want to make good choices about media.”

In other words? Tweet others as you want to be Tweeted.