All Saints students embark on Odyssey of the Mind 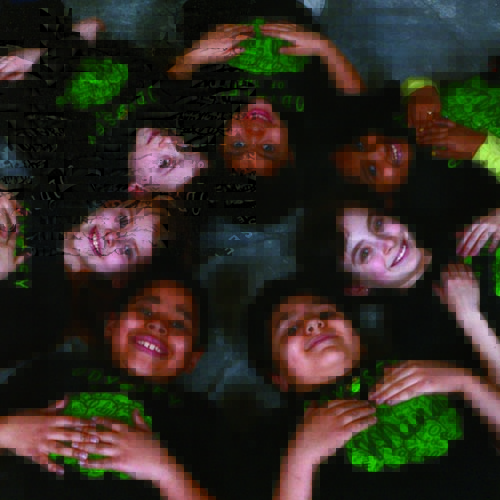 ENDICOTT — “I thought it was a really good experience. Because it’s something that not many people get to say — they were world finalists,” said All Saints School third grader Christian Taber.

Taber is one of a team of seven students from All Saints School who recently took part in the Odyssey of the Mind World Finals in Ames, Iowa. His teammates are fellow third graders Sneha Poranki, Giada Circensi, Isabella O’Brien, Lincoln Patterson, and Nader Sabawi, and first grader Mack Patterson.

Most of the members have worked together on Odyssey of the Mind competitions since kindergarten; this is Mack Patterson’s second year on the team. They’ve improved each year, finally earning first place in this year’s regionals to take a spot in the World Finals. Four other teams from All Saints made it as far as the local competitions this school year as well.

Eight hundred groups from the United States and other countries competed in the World Finals. The All Saints team tied for 20th place in their division out of a total of 55 teams.

Odyssey of the Mind was developed to teach students how to solve problems creatively while having fun doing it. The problems are released well in advance of competition. Teams then spend time coming up with an answer. They also make props and write skits to demonstrate their solution, which they present at the contest.

The challenge for the All Saints team was titled “Something Fishy.” According to the Odyssey of the Mind website, it involved a technical solution that “simulates multiple styles of fishing.” Three different moving objects had to be caught by a character and something “expected, something unexpected, and a new discovery” had to be included. Also included in the skit: a change of weather, and a humorous character that “portrays a potential catch and avoids being caught by the fisher.” The All Saints team demonstrated ways to do all that in a skit focused on a dentist’s office.

Circensi spoke of the surrounding skit, which focused on three “patients.” Each is special in some way.

“Mrs. Swedish has something. I think it’s a sweet tooth that the doctor needs to pull out. Mrs. El Nino has a chili pepper stuck in her mouth. And the third patient, Mr. Clean… has a problem with his teeth. He never brushes or flosses and his teeth always stay squeaky clean.”

Mr. Clean is said to have a “human teeth cleaning fish” to accomplish that.

O’Brien, who portrayed the first “patient,” described the solutions to catch items at different lengths.

“My tooth was on a PVC pipe and it was hung by a thread. And we used a clamp to get to that. Second… we made a zip line and we connected the chili pepper to a hook and it went down the line and we caught it with a giant scaler,” O’Brien said.

The final task caught the fish and put it in a tank.

O’Brien explained that the first solution was expected. The second, with the zip line, was unexpected, and the third was a new discovery: They learned during research that there’s actually a fish that cleans the teeth of a shark in the ocean.

The other members were characters with parts in the skit and solution. Lincoln Patterson was a “germ.”

“There had to be characters that could be caught,” said Patterson. “I kind of set all the traps, the catchers.”

At the end of the competition, the students traded pins with those from all over the world. They also found the “best part” was breaking down the props and throwing them in a big dumpster.

“To see these kids grow over the years, it’s just been amazing to see what they can come up with, the story they tell,” Coach Amy O’Brien said. “When they get out there, there’s a lot of teams you can’t hear them.

These guys get out there and they’re so confident.”

“They’re very creative. They work extremely well together. This year, I think they have enough experience under their belt that they knew they were focusing right from the beginning on what needed to be done,” said All Saints Principal Angela Tierno Sherwood. “They were very, very excited. Very well done.”

“It does give them the opportunity to use everything they learned in the curriculum as well as art and just expands their knowledge in so many different directions. More importantly, the item that comes from all of this is the ability to work together… the preparation… the social interaction,” Tierno Sherwood said.

“They have a really positive attitude, also the ability to take direction and to run with it,” she added. “That’s a great skill.”