Astronomer poses question: ‘Did God do it?’ 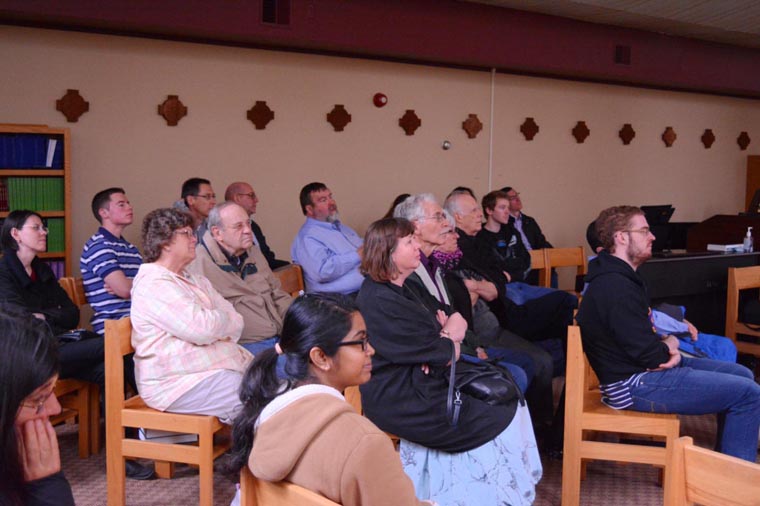 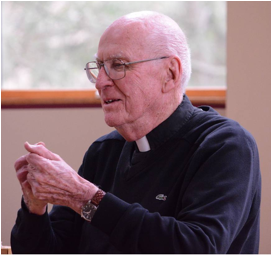 Father George Coyne, S.J., spoke April 25 at Binghamton University. His talk was titled “The Dance of the Fertile Universe: A Meeting of Science and Religious Belief.” – photo courtesy darshana weeRawarne

Father Coyne is well known within the field of astronomy. In 1978, Pope John Paul I appointed him director of the Vatican Observatory, which has its headquarters in Castel Gandolfo, Italy. After the pope’s premature death, Father Coyne continued at his position throughout the pontificate of John Paul II. He conducted his research with the Vatican Advanced Technology Telescope, hosted by the Mount Graham International Observatory in southeastern Arizona.

The focus of Father Coyne’s work included spiral galaxies and stars with extended atmospheres. In 2009, he was awarded the George Van Biesbroeck Prize — a prestigious long-term-achievement award in astronomy. In January 2012, Father Coyne left the observatory’s research group to take up a McDevitt Chair of Religious Philosophy at Le Moyne College, where he currently teaches astronomy. He has developed there a series of lectures about the relationship between science and religion.

Father Coyne’s Binghamton University talk — titled “The Dance of the Fertile Universe: A Meeting of Science and Religious Belief” — brought together faculty and students from the university alongside members of the local community.

Father Coyne presented the current scientific understanding of the universe and the evolution of life within it.

The universe is 13.8 billion years old and it contains about 100 billion galaxies, each of which contains on the average 200 billion stars of an immense variety. As these stars live and die they provide the chemicals necessary for the evolution of life.

We came to be in this universe. Did we come about by chance or by necessity? There is a third element here that is very important. It is what we might call the “fertility” of the universe. By science we see the dance of the fertile universe, a ballet with three ballerinas: chance, necessity, and fertility. In this light Father Coyne presented in broad strokes what he thinks is some of the best of our modern scientific understanding of the universe and of the evolution of life.

Father Coyne concluded his talk with the question “Did God do it?” In his attempt to account for the answer, he discussed the discrete and complementary richness of both religious faith and scientific research. Certainly, both fields have played significant roles in human history. Through the eyes of science, we contemplate our world’s beauty — we examine its form, and we begin to understand its construction. But science is incapable of reaching beyond the world to confirm the existence of a SOMETHING or SOMEBODY that exceeds our comprehension.

Father Coyne’s practice of faith, as a devout Catholic and Jesuit priest, has imparted upon him a sector of knowledge distinct from, but in addition to, his scientific knowledge — spiritual knowledge. Our God is not explicable through the laws of our universe, but Father Coyne still leaves a place for Him in his cosmology. Father Coyne can do so, because his faith-based understanding addresses a plane of existence beyond the jurisdiction of the natural sciences. Neither type of knowledge contradicts the other; they simply have their places. Our Christian God is not a construct or merely some logical conclusion of our own reasoning. We were granted salvation by our God through Jesus Christ. Our Christian God is the God of Jesus Christ, God whom we can call “Abba, Father.”

Sister Rose Casaleno is director of the Newman House at Binghamton University.