At CNY Marian Center, ‘you see people convert their lives’ 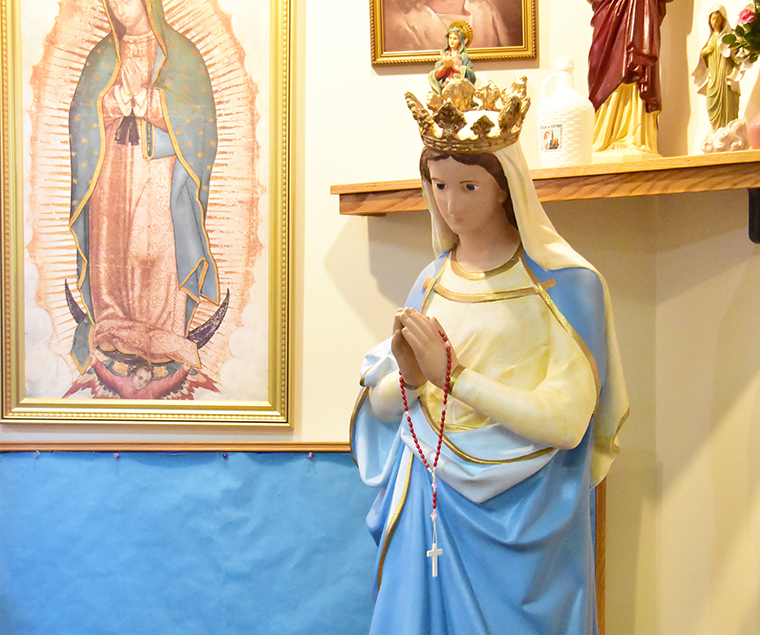 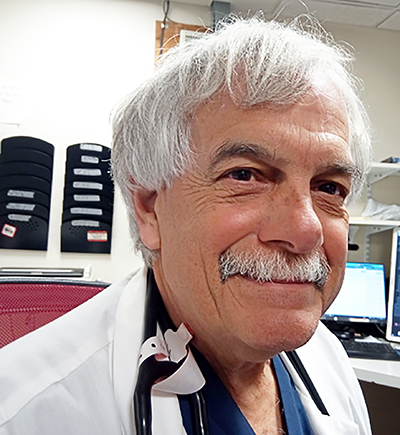 Editor’s note: This is Part 1 of a two-part feature on the Central New York Marian Center in honor of Mary’s month, May; Part 2 will appear in next week’s Sun.

Founder: They ‘come in wanting, there’s a  yearning … to be loved’

The Central New York Marian Center has achieved an outsize impact in the community compared to its small space, its founder agrees.

It was probably at least 10 years ago, said founder Dr. Pat Iannolo, when a patient was diagnosed with throat cancer. The 50-year-old patient, who had a 6- or 7-month-old baby, was “starting to plan to go into all the procedures: the surgery, the feeding tubes, the tracheostomy, the radiation therapy,” said the doctor, who became emotional talking about it.

“He came to my office kind of like for a preoperative consultation. And so, I said to him that the Marian Center has just brought the Pilgrim Image of Our Lady of Guadalupe into the area. And the image is downtown in the mall … at the Franciscan Place. We brought it there today. Go down and pray in front of the image. He was healed. He was healed.

“He goes to see the surgeon; the surgeon says, the cancer’s gone. He was healed praying in front of the image” that the Marian Center had brought to Central New York on that tour.

Dr. Iannolo further explained: “It’s the love of the Blessed Mother who reflects, manifests love of the Trinity.”

The founding of the Marian Center (cnymariancenter.com, 315-452-4698), in the lower level of his office building at 5180 West Taft Road, North Syracuse, stemmed from a 1990 trip that Dr. Iannolo and his wife, Nancy, took to Medjugorje, Bosnia-Herzegovina, where he had a “locution from the Blessed Mother to found and build it.” In its founding, he said, the center was following a teaching of St. Louis Mary de Montfort “that you could come to Jesus through Mary.”

The Bishop at that time, Joseph T. O’Keefe, authorized the Marian Center as an “outreach center to fallen-away Catholics,” Dr. Iannolo said, and the physical space of the center was officially dedicated and opened on Jan. 5, 1992. One room contains a variety of inspirational items to browse; the adjoining room is a chapel.

“We absolutely have made a very large impact,” Dr. Iannolo said. “One of the impacts … is about the number of rosaries that we distribute all over the world.” He said it is common knowledge for Catholics that the Blessed Mother said to St. Dominick: “‘One day through the rosary and the scapular, I will save the world.’”

The Marian Center has “sent rosaries to Africa, India, all over the United States, all over Central New York — thousands and thousands and thousands of rosaries. We sent 5,000 rosaries to Africa about six or seven years ago.” The Marian Center flyer notes that the rosary-making ministry grew from the devotion of the late Alice and Nelson Kirkpatrick. The Kirkpatricks’ mottoes were “When you see a rose, say a rosary” and “Anytime you say the rosary, a soul is saved.”

Dr. Iannolo is board certified in two specialties: internal medicine and emergency medicine. He was asked about his immense faith amid the practicality of the physician occupation. 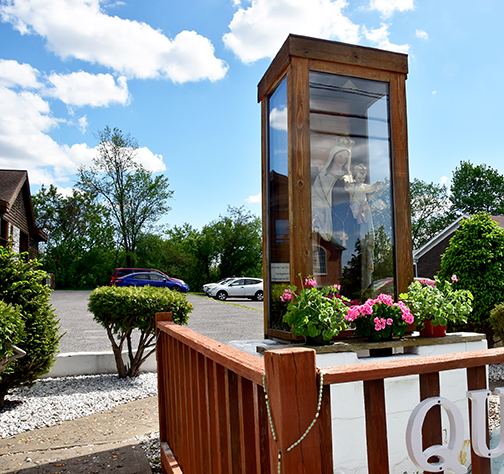 Outside the Central New York Marian Center is the Garden Shrine of Our Lady of Mount Carmel. (Sun photo | Tom Maguire)

The logic of believing

As a scientist, he applies logic to his beliefs. He wanted to teach other people that God is mercy, and so the thought was that “if Mary loves us and Jesus loves Mary, then … Mary will bring us to Jesus. Mary will help us to understand the love of Jesus. Because the love of Jesus is reflected in the love of Mary, his wonderful, all-loving mother.”

He said he has been criticized for “just being too nice to everybody and being too kind. But that’s what we’re supposed to do. If we don’t love people in this world on Earth, how do we pretend to want to go to Heaven and love everybody up there? You have to love the people here first. And so part of my fulfillment and ongoing goals in the Marian Center is always to show people love, that the Marian Center is a representation of the love of God and that Mary is a gift to us. At the foot of the cross, Jesus gave Mary to John.

“Well, that was symbolic of Jesus giving Mary to all of us. So Mary is a gift to us. And Mary is a symbol of a person who ultimately loved God more than anything else. She said yes to being the mother of Jesus. She said yes to giving Jesus back to God.”

Dr. Iannolo was emotional, as if it were a homily; he was asked if he speaks at the Marian Center.

“Yes. I speak all over Central New York,” he said. “I am invited to numerous retreat centers; I’ve spoken all over New York State. I’ve been on national Catholic radio. Yes, it’s a gift from the Holy Spirit that I’m able to touch people in the way in which I speak to them.”

Dr. Iannolo’s approach as the founder is “Can we bring people who are unsure of their faith back to strong faith?”

The tears would run

After praying in the chapel, he said, people would come out with tears running down their face. “The people found their moment,” he said, “they found they’re loved. They realized that God loves ’em, and that they’re reconciled. And the hurt that they had felt was given up. And it’s been a beautiful experience all these years.”

The patient who was cured of throat cancer has become a father again. The man, now in his early 60s, is happy, Dr. Iannolo said, and that was “through the intercession of the Blessed Mother.”