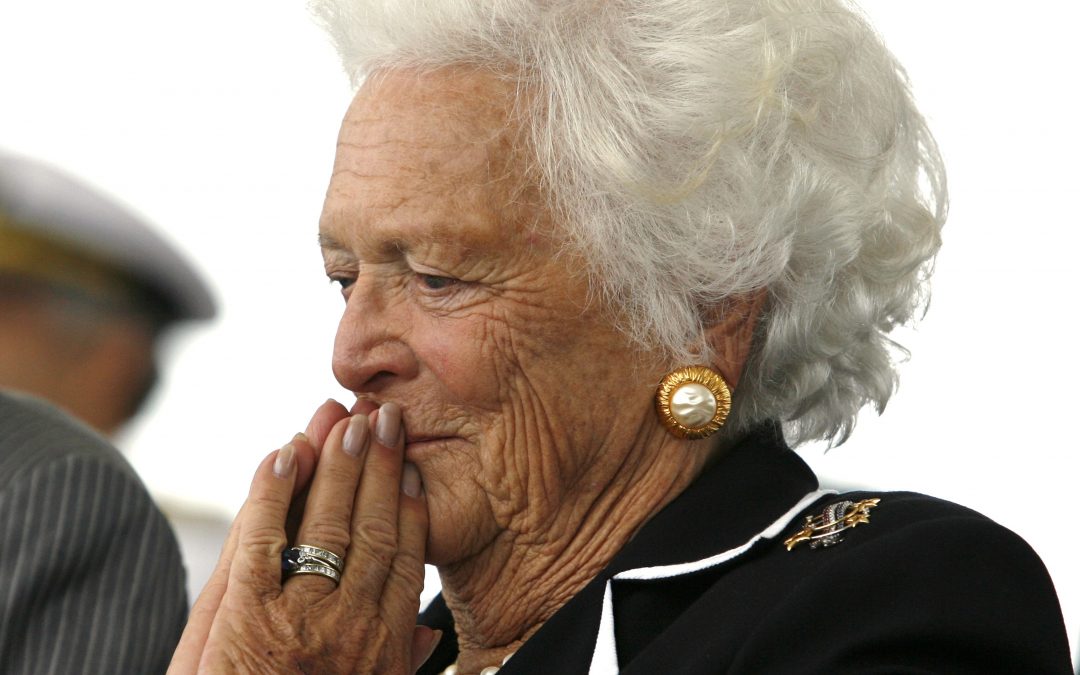 HOUSTON (CNS) — Retired Archbishop Joseph A. Fiorenza of the Archdiocese of Galveston-Houston joined other religious leaders in paying tribute to Barbara Bush April 19 during a ceremony described as a Celebration of Life in front of Houston City Hall April 19.

He described the former first lady as a “faithful citizen besides being an outstanding wife and mother.”

The archbishop focused on her life of service that continued long after she left the White House when her husband George H.W.

Bush served as the 41st President of the United States from 1989 to 1993. Barbara Bush, the wife of the nation’s 41st president and mother of the 43rd president, died at her home in Houston April 17 at the age of 92.

“We’ve been blessed in this city to have Barbara Bush as an outstanding example of a person who is truly involved in the city. You know, she could have set back and enjoyed life for 10, 15, 20 more years.

He said she visited Inner-City Catholic Schools, a program in the Galveston-Houston Archdiocese to share her love for literacy and education.

“Her life has been an outstanding example of what it means to be a devoted wife, a devoted mother and a very involved citizen — a very, very faithful citizen of Houston. We were so blessed to have her with us and to have the type of example that the Bush family offers the nation,” he said.

Two days later, about 1,500 guests attended the funeral for Barbara Bush at St. Martin’s Episcopal Church in Houston where she was remembered as a loving wife, mother and friend with a good sense of humor.

In eulogy remarks, Former Florida Gov. Jeb Bush described his “precious mother” as someone who “filled our lives with laughter and joy.”

“She was our teacher and role model on how to live a life of purpose and meaning,” he said.

Barbara Bush was buried in a private ceremony at a family plot on the grounds of the George Bush Presidential Library and Museum in College Station. She was buried beside her daughter, Robin, who died in 1953 of leukemia at the age of 3.