Confessional is a place of forgiveness, not threats, pope says 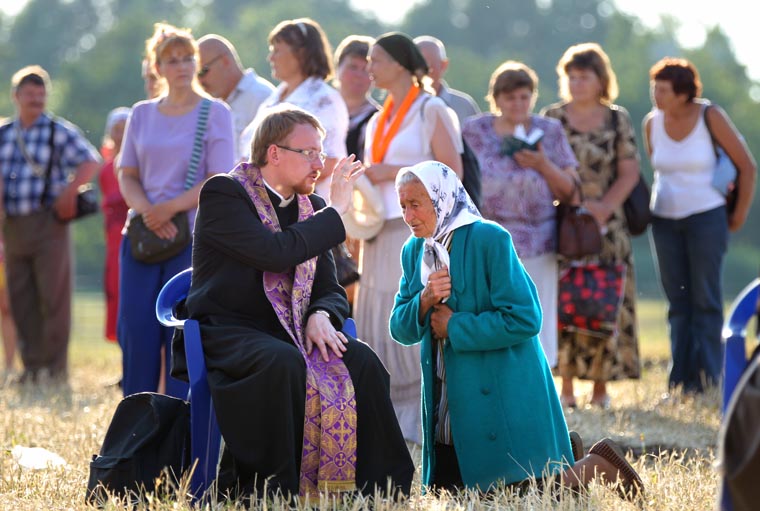 VATICAN CITY (CNS) — Priests must be mindful that the confessional is a place where people can find forgiveness and mercy, not threats and condemnation, Pope Francis said.

God “does not want to beat us and condemn us,” but rather “he always looks for a way to enter the hearts” of those who are repentant, the pope said in his homily Feb. 27 at morning Mass in the Domus Sanctae Marthae.

“When we priests — in the Lord’s place — hear confessions, we also must have this attitude of goodness like the Lord, who says, ‘Come, let us talk, there is no problem, there is forgiveness,’ and not with a threat from the beginning,” he said.

Reflecting on the day’s first reading from the prophet Isaiah, the pope noted God’s merciful call to conversion and his willingness to forgive even “though your sins be like scarlet.”

The relationship between God and his people, the pope said, is like that of the father of a teenager who has done something foolish and must be reproached.

The father “knows that if he goes with a stick, things won’t go well; he must enter with confidence. The Lord in this passage calls us like this: ‘Come now. Let’s grab a coffee. Let’s talk. Don’t be afraid, I don’t want to beat you,” Pope Francis said.

Through the sacrament of reconciliation, he added, Jesus “does not threaten but rather calls us with kindness, having confidence in us,” which allows people seeking forgiveness to take “a step forward on the path of conversion.”

Recalling the example of a cardinal who, in the confessional, would not say much when someone confessed a great sin, Pope Francis said God also does not dwell on sins and instead gives “a receipt of forgiveness.”

The pope said he finds it helpful to see the Lord’s attitude as that of “a father with a son who thinks he’s big, who believes he’s grown up, but instead is really just halfway there. The Lord knows that we are all halfway there and many times we need this, to hear this word: ‘Come, don’t be frightened, come. There is forgiveness.’ And this encourages us to go to the Lord with an open heart. It is the Father who awaits us.”