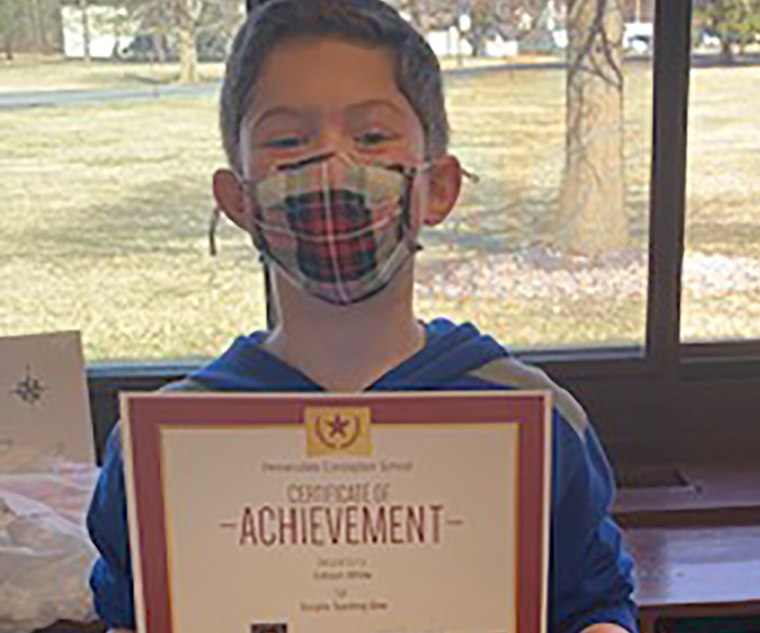 The answer erupted from the young speller.

Asked to name two of the trickiest words he has learned, Matthias Patyi said: “‘Betwixt’ — meaning between — and ‘pneumonoultramicroscopicsilicovolcanoconiosis’ — a lung disease which develops from inhaling volcanic ash.” 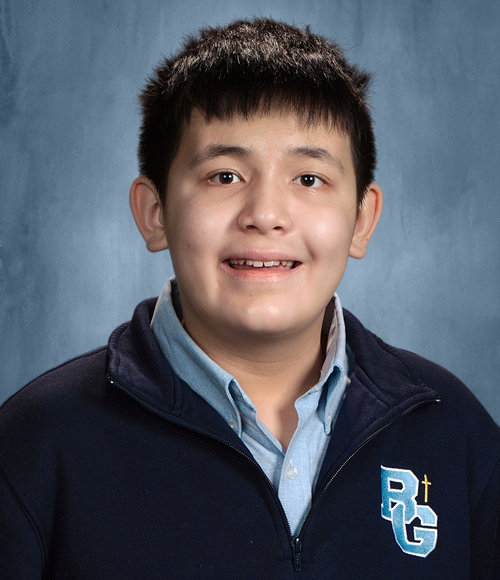 Matthias, an eighth-grader at Bishop Grimes Jr./Sr. High School in East Syracuse, is one of six students from Catholic schools who were among the top 30 spellers in Central New York this year. Matthias finished tied for second place with Nia Delardi of Durgee Junior High School in Baldwinsville; the winner, for the third year in a row, was Auburn Junior High School’s Emma Sroka in the regional final March 24, according to Syracuse.com.

“Matthias began participating in spelling bees when he was in elementary school,” wrote Susan Collins (’79), Grimes’ director of admissions and enrollment, who interviewed Matthias for the Sun.

She added: “He discovered that he enjoyed the challenge of learning a variety of different words, and continued to prepare when he enrolled at Bishop Grimes in 2019. Matthias reports that he still gets a little nervous when he begins the spelling bee, but he is very appreciative of the help and preparation that his teacher, Ms. Erica Cutie, has offered him this year. Matthias attributes much of his success to the preparation and support he has received at Bishop Grimes.”

Matthias made it to the 12th round of the regional final and then misspelled “egress.”

Here is the Q&A with Matthias:

Q: What are the study techniques that help you achieve your goal?

A: I think of the word that I will be spelling and recall words with similar roots or bases. I also use my finger to trace the word on my hand. This year, Ms. Cutie helped me prepare by choosing a list of words from past champions, and challenging me with those words.

Q: How do you think this experience and your success will help you in the future?

A: My experience with the spelling bees helps me to be a more well-rounded person. Words are not just words. They have origins, roots, history, and a culture. Learning the words helps me to learn about other cultures and how the words relate to that time in history. An example that I can think of is the word “fissure.” It relates to a historical practice of freezing rocks to split them.

Q: What is one word that stands out to you that you have learned?

A: “Abecedarian,” because it is the first word that started my spelling-bee career.

“The Bishop Grimes Community congratulates Matthias on his noted accomplishments!” Collins wrote. “We are very proud of his commitment to Bishop Grimes and his continuing Catholic school education, and wish him continued success!”

Cutie, who teaches English, wrote: “I couldn’t be more proud of Matthias’ success. Matthias is such a driven, goal-oriented student. He studied very hard for the spelling bee, learned from his mistakes, and did not give up on his goal. Matthias’ passion for spelling was contagious as he encouraged his classmates to improve their spelling and understanding of the English language, which impressed me most of all. By the last round of the spelling bee, all of my students were better spellers, thanks to Matthias.”

Because of the coronavirus pandemic, students took a written test online in January, and the top 30 advanced to the regional bee, an online video conference, on March 24 — The Post-Standard | Syracuse.com Spelling Bee sponsored by Wegmans. The winner advanced to the Scripps National Spelling Bee.

The youngest speller among Catholic school students in the regional final was Edison White, 10, a sixth-grader at Immaculate Conception School in Fayetteville who made it into the third round of the regional final and then misspelled “unscathed.”IC fifth-grade teacher and spelling-bee coordinator Madelyn Duffy interviewed Edison for the Sun; here are some of his comments:

•   This was a great experience and I learned a lot.

•   There were three packets [of materials to study] and I practiced one page each day.

•   [Two examples of tricky words he learned]: “indecipherable” and “listlessly.’”

•   [The problem with “unscathed”?] I thought the person said a different word.

•   It was fun, but I wish it could be in person. I liked it, and I hope to be able to do it next year but in person.

“The words just seem to come to him; he’s very capable of sounding words out,” Duffy said of Edison. 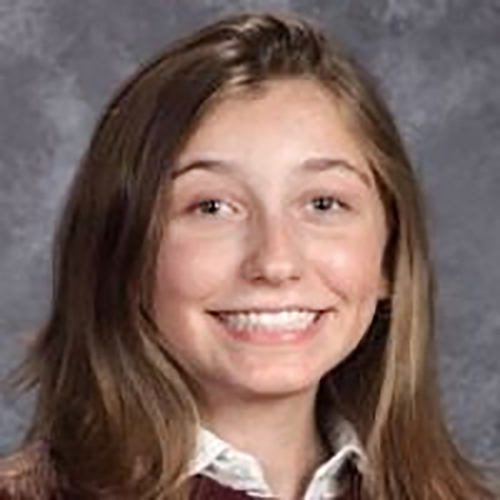 Olivia Bogaczyk, an eighth-grader, was among four regional finalists from Christian Brothers Academy in Syracuse. Three of them, including Olivia, made it to the sixth round, where Olivia misspelled “impromptu.”

Sister Suzanne Dunn, OSF, the seventh-grade Spanish teacher and the assistant principal for CBA’s junior high, relayed the Sun’s questions to her spellers.

•   The satisfaction that I derive from the entire spelling-bee process is that I get to be able to say that I was one of the quarterfinalists. I think that’s incredible.

•   I think being a part of this spelling bee gives me some advantages in high school and college, especially on a college application because it’s a great extracurricular activity to be able to say I was in the spelling bee.

•   [One] of my study techniques for this bee was to gather words that I have never heard before, especially homonym words, and practice them until I figured out them all.

•   [Some of the words she spelled correctly]: “demographics,” “welterweight,” “declamatory,” “season.”

•   I didn’t overly prepare for the test, because I knew if I did it [would] stress me out more than it should. I was just calm and content until the test came. I spelled some words in my head to lastly prepare, and I did it.

•   I think this experience was incredibly good for me. 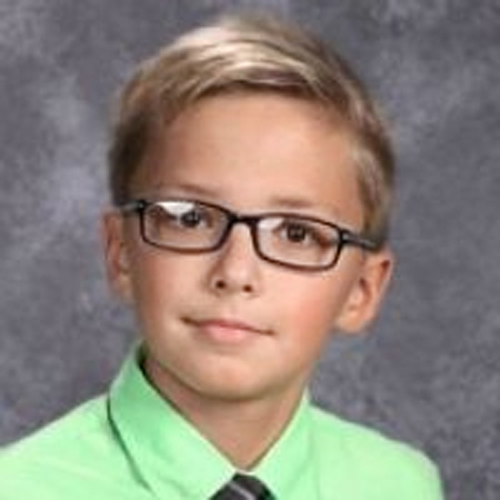 CBA’s Lesha Kabunov, a seventh-grader, made it to round six and misspelled “theorem.” Words he spelled correctly included “omen,” “occupancy,” and “dilapidated.”

•   I studied words when I was riding in the car every day.

•    Two tricky words that I had were “dilapidated” and “theorem.”

•   Two words that I consider sophisticated but important to interact with other people are  “consideration” and “impetuous.”

•   Two words that I like are “inspiration” and “galaxy.”

•   I studied random words to see if they would help me.

•  I enjoyed the experience. 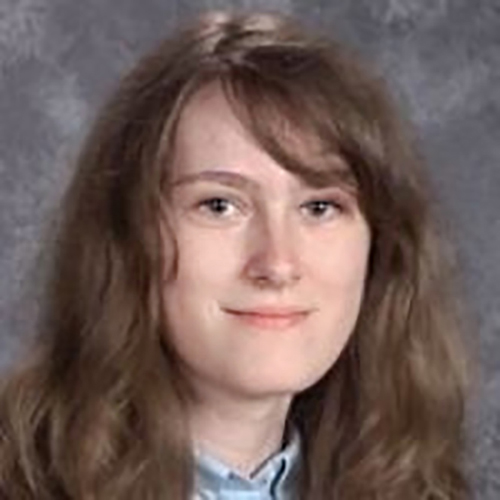 Zoe Seppi, a CBA eighth-grader, made it to round six and missed “netiquette.”

•   [Spelling prowess] gives me a sense of confidence, since it’s something I know I’m good at and it’s fairly easy for me.

•   [While training,] I spelled the words aloud to my mom and spelled again five times any words I got wrong.

•   [Two words that are sophisticated and important]: “denouncement,” “repartee.”

•   I had an odd sense of acceptance and calm throughout the whole thing, that I haven’t experienced in any in-person bees. I took my time and remembered that it was only a bee; it didn’t really matter in the grand scheme of things if I got something wrong. 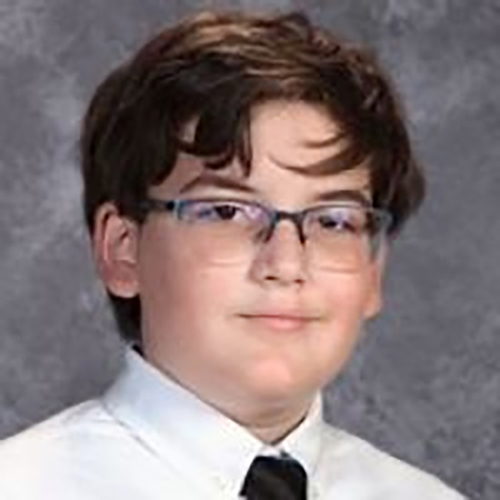 Seventh-grader Preston Kearns of CBA advanced to round four and missed “persuasible.”

•   The spelling bee is fun, and winning is nice, but I have only won regionals once, and in a much easier regional.

•   I actually won the Oswego regional final last year [when he was a student at Trinity Catholic School] but they canceled nationals [due to the pandemic], so I was especially sad that I did not win this year.

•   My talent should hopefully come in handy in the future.

•   [Study technique]: I wrote each word twice doing a column of words off the study list at a time.

•   My two favorite words are “superstitious” and “superficiality.”

•   I came at the spelling bee with a terrible memory and a jumble of nerves.

•   Being digital really took something out of the bee.

CBA’s Sister Suzanne favors the word “awesome” when speaking of her spellers. She sees the bee as “an opportunity, especially in these COVID days, for them to feel proud, and probably more important than in years past, truly giving them an opportunity to just have those good feelings, something good happening. … When you work hard, things pay off for ya.”

There were no reports of Mary Poppins floating down into the bee, but Sister Suzanne has it covered: Another of her favorite words is “supercalifragilisticexpialidocious.”