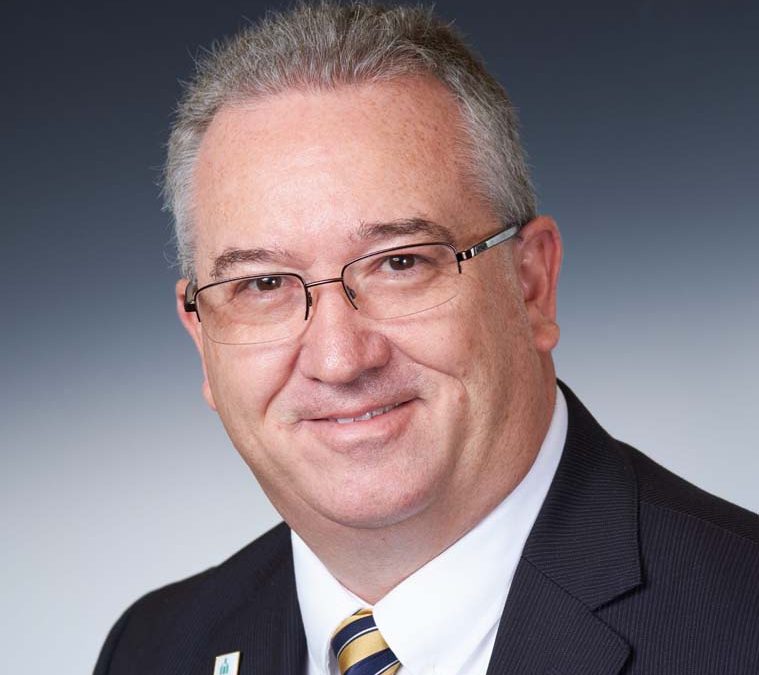 Donald Mills is big on math and science

Donald Mills is an “omni-tasking” traveling man: a fairly-long-distance commuter who sees his principal’s job as pretty much “doing it all, all at the same time.”

The Oswego resident also appears drawn to schools named Immaculate Conception. For the past four years he was the principal at IC in Ithaca. Now he has taken over at Fayetteville’s IC, with its almost 200 children from three years old to grade six.

“I think the Blessed Mother had a hand in this to push me from one Immaculate Conception to another that has a very similar culture and reputation within the community for things,” he said.

Although his commute takes 45 minutes, that’s quick compared to his former two-hour drive to Ithaca, where he also served for a time as the principal for Ithaca High School.

“It’s not like anything else,” Mills said of being a principal. “You don’t clock in and out of this job; it’s a 24/7 kind of routine.”

The routine includes educational leadership with a readiness to jump in for tech support, custodial nimbleness, plumbing expertise, and psychological assuaging. Mills thanks those who helped his transition, including two newly retired IC staffers: Principal Sally Lisi and Administrative Assistant Sharon Grant.

Mills can do it all because he has been a schools administrator since 1991. He even spent a couple of years as a financial professional, working under the AXA Advisors umbrella while running his own business. He remembers a lesson from the Aug. 31 Mass at Holy Cross Church to open the school year: God “doesn’t draw straight lines; he draws them crooked, to get from Point ‘A’ to Point ‘B.’”

The AXA job involved marketing and attracting prospects, which actually is half the job of being a principal, he said. “If I hadn’t had that experience I wouldn’t have been as ready to be a Catholic-school principal,” he said.

Another part of Mills’ job is protector of IC’s reputation. “When I came in,” he said, “almost to a ‘T,’ everybody talked about the atmosphere here of being strong, very family-like, where there’s just a high level of involvement between the students, their families, the staff, you name it.

“So it has a positive culture to it in that way. Obviously, very strong in its faith and its Catholic identity. But, probably as importantly for the families, that knowledge that there is very rigorous and strong academics going on.” In fact, Mills wants to attract students to come to IC so they can be trained to eventually graduate in the top ten of their high school class.

According to a release from IC School, Mills was hired because of his faith, vision, energy, and experience. One thing he learned in Ithaca is not to use the term “pre-K.” When he said “three-year-olds” instead of “pre-K,” “then all of a sudden everybody was like: ‘Oh, you take three-year-olds?’ ‘Why yes we do!’” That gives the children an early jump on literacy and math skills, he said.

His Ithaca years included partnerships with both Cornell University and Ithaca College to provide curricular and enrichment opportunities for his IC students.  Another plus in Ithaca was his membership in the Knights of Columbus, who helped with scholarship funds for IC.

Guiding him in Fayetteville will be the school’s motto: “The IC Way! Faith & Values. Academic Excellence. Family and Community. Catholic!”

“Don is a devoted Catholic who believes in the mission of Catholic education and has a proven record of leadership,” the pastor of IC Church, Father Thomas Ryan, said in an email. “His commitment to excellence in academics and his collaboration with staff and parents will assure that IC continues to be successful in forming our young people. His record of innovation and work with higher education will certainly benefit our school community.”

The school has already been picking Mills’ brain about promoting science. A citation on the principal’s wall notes that in 1996-97, he was New Jersey’s runner-up for the Presidential Awards for Excellence in Mathematics and Science Teaching.

“Don’t mind being outdoors,” he said, “don’t mind seeing what’s going on, but also don’t mind pulling out the telescope too and playing with that on nice starry nights.”