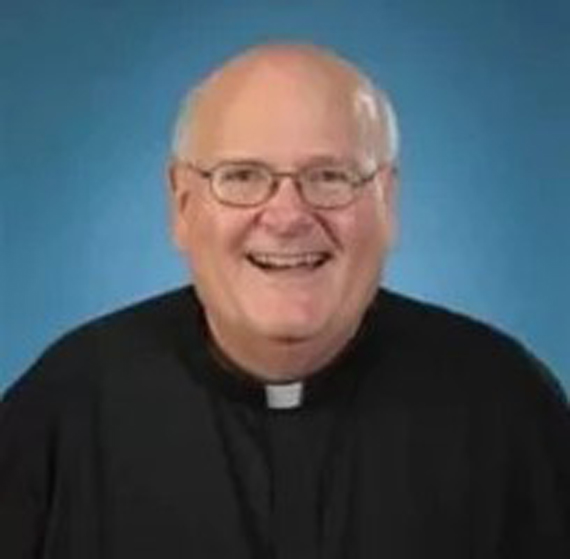 Father Frederick R. Parke, who formerly ministered in the Diocese of Syracuse, died on Oct. 18, 2021, in Florida. He was 73.

A Catholic priest for 46 years, he loved being a parish priest. So many will long remember his pastoral care for them. He loved his parishioners and strove to help them to become who God created them to be.

Father Fred, as he was known to his parishioners, was born in Binghamton to Foster and Helen Parke. He attended grade school at St. John the Evangelist in Binghamton and Binghamton Catholic Central High School. He graduated from the University of Tennessee with a bachelor of science degree in education.

After attending St Bernard’s Seminary in Rochester he was ordained a priest for the Diocese of Syracuse and served in three Onondaga County parishes: Blessed Sacrament in Eastwood, St. Joseph the Worker in Liverpool and St. Michael–St. Peter on Onondaga Hill.

He also had a special place in his heart for the Servant Sisters of the Home of the Mother. He brought them to Assumption parish, and their success in serving at Assumption parish and other places throughout the diocese gave him great joy.

His humor will always be remembered. He even built a following on social media after retirement, and it  grew in appreciation of his sense of humor. But, most significantly, he was a priest who strove to cooperate with the grace of Jesus Christ in pursuing holiness while demonstrating Christian joy.

He follows his parents and his older brother Joseph in passing from this life.

Contributions in his memory can be made to the Servant Sisters of the Home of the Mother, 2431 Atlantic Blvd., Jacksonville, Fla. 32207.

Services will be held Nov. 5 and 6 in Jacksonville with the Most Rev. Felipe J. Estevez, Bishop of St. Augustine, as celebrant. Interment will be at San Lorenzo Cemetery in St. Augustine.