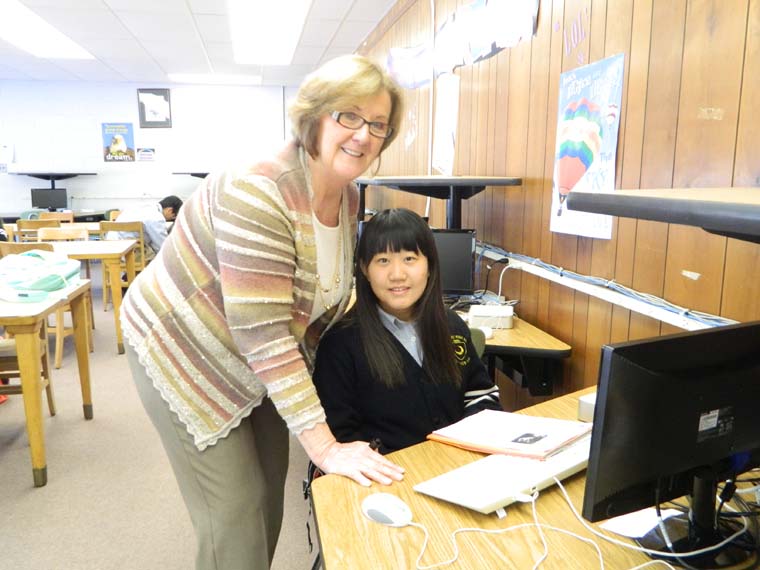 UTICA — Notre Dame schools are going into the third year of welcoming students representing cultures from around the world. The only Eastern Region junior/senior high school in the diocese has seen about 20 students per year since the inception of the international program.

The first four foreign students graduated this past June, reported Notre Dame Director of Admissions James Jones. The four, all from China, are continuing their education at prestigious colleges and universities in North America such as Temple University, Penn State, and Syracuse University, he noted.

“We looked at this as an opportunity to open our doors to the students of the world which in turn would create a learning opportunity for our local students,” Jones stated. Besides China, the students travel to Notre Dame from Ghana, Vietnam, Egypt, and Jamaica.

Jones said the international program provides an even greater reach for student enrollment. “It not only increases enrollment beyond our 20 area school districts, but provides an opportunity to capture different populations by jumping outside of the local and regional area and expanding globally. Our program also dovetails nicely with the title of the school’s ongoing capital campaign which is ‘Making Our Kids World Ready,’” he said.

Jones said the program required hiring one full-time and one part-time English as a Second Language (ESL) teacher. “These professionals help the students with the English language and English class itself, but also help them in other courses, like religion and U.S. history, which they may never have been exposed to before.”

Jones explained that traditionally international students are reluctant to participate in extracurricular activities. However, he noted, “They embraced it in ways we didn’t imagine. They surprised us!”

Many of Notre Dame’s foreign students did take advantage of activities outside of the classroom by participating in the school’s praise and worship band, Navy Junior ROTC, art club, tennis, soccer, and football. The international program has some very talented art students, he added.

Linda Yang, who is a senior international student this year, spent part of her summer at Pratt Art Institute in Brooklyn. “It was so awesome. It felt great because the professors were very nice and I was surrounded by artists,” Linda said. Pratt Institute is now her first choice in continuing her education after graduation.

This will be Linda’s second year with her host family, Ken and Tammy McCoy and their two daughters. Linda met student Kennedy McCoy, ninth grade, in Notre Dame’s art club two years ago. Kennedy said she missed Linda over the summer because Linda has become like a sister to her. “She came home yesterday,” said Kennedy. “It was great. I sneak-attacked her at the airport!”

As a new student not long ago, Linda was nervous about making friends. She said she was thankful whenever students and teachers initiated conversations.

Linda said she feels as if she is living in one of the American television shows she would watch in China to help learn English. She especially loves Tammy McCoy’s baking and learning recipes for cakes and muffins. She demonstrated her newfound baking skills with her family at home this summer in China.

Classes and after-school programs, along with residing with local host families, helped students become fully immersed in the Notre Dame family, the greater community, and American life in general. Jones said this involves the dynamics of working with agencies that introduce the students to Notre Dame and arrange host families. Notre Dame is hoping to expand the program to include more European students.

Three years ago, Jones and Notre Dame colleagues visited Immaculate Heart Central High School in Watertown to learn about the school’s successful international program. Today Notre Dame’s program is well under way and diocesan school enrollment directors have been working together as each school individually progresses in this area.

Last year, representatives from the Capital Region Catholic schools visited Notre Dame to learn about the program. Jones said, “We were happy to share what we’ve learned, pass it along, and pay it forward.”

Dyann Nashton is a freelance writer out of Oneida who also works in Notre Dame Junior-Senior High School’s development office.