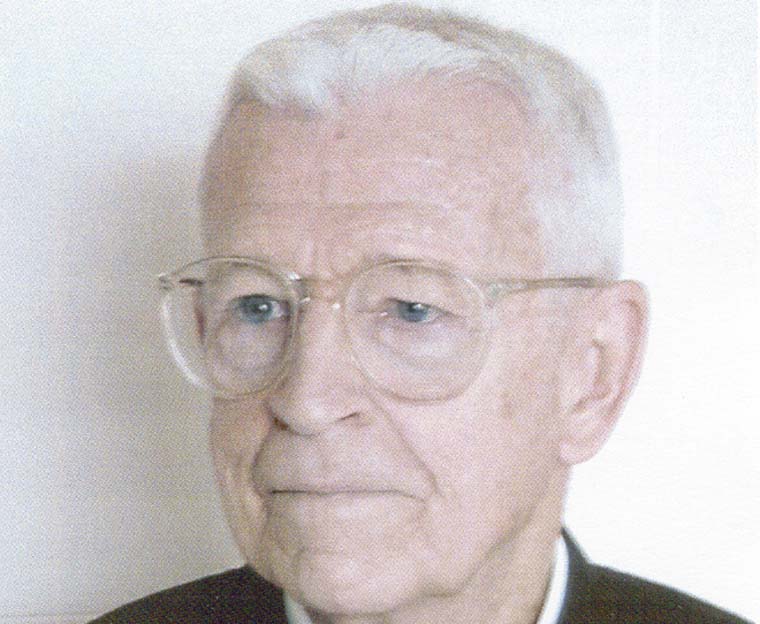 The pews, aisles and vestibule of St. Joseph’s Church in Oneida were filled to overflowing March 4 as family, friends and parishioners gathered to say goodbye to Father Edmund J. Morelle.

Father Morelle, a priest of the Diocese of Syracuse for more than 60 years, passed away Feb. 24. He was 89.

A son of St. John the Evangelist Parish in Utica, Father Morelle was a graduate of Utica Free Academy. He went on to receive a bachelor’s degree in physics from Fordham University and, later, to various graduate studies at Fordham, Harvard University, Utica College and Syracuse University.

He studied for the priesthood at St. Bernard’s Seminary in Rochester and was ordained for the Diocese of Syracuse by Bishop Walter Foery on May 23, 1953.

Father Morelle served as associate pastor at St. John’s in Utica, St. Mary’s in Clinton, St. Mary’s in Rome, St. Catherine’s in Vernon, and Immaculate Conception in Fulton. He was in residence at St. Leo’s in Holland Patent. He served as pastor of Our Lady of Good Counsel in Verona from 1972 until his retirement in 2010.

In addition to parish service, Father Morelle taught at Utica Catholic Academy and Rome Catholic High School, and ministered to residents of the county jail and Broadacres Sanitarium.

Father Morelle served in the Navy during World War II, with the U.S. Army Security Agency, and as a chaplain in the Air Force from 1957 to 1960.

Father Edmund Castronovo offered the homily, which he said came with explicit instructions from Father Morelle that it “was not to be about himself, but about the priesthood. And as we all know, you do not ignore Father’s directives.”

“We are not here to canonize Father Morelle,” he continued, “but to pray for his soul and to thank our Lord for the 62 years of his priesthood, during which he gave so much for souls and so much for the Kingdom of God.”

Calling Father Morelle a “priestly comet” whose priestly example was “a beacon to so many in these days when the uniqueness and centrality of the priesthood have been obscured, downplayed and denigrated by many,” Father Castronovo said it was a privilege for all gathered to have known “this man who lived his priesthood so faithfully and so intensely.”

A priest must not only consecrate and offer the Body and Blood of Jesus Christ, but must “strive to conform himself to Jesus a little more each day,” he said. Father Morelle “understood that the Catholic priesthood is not a mere function; it is not an office or a job. The priest must truly be ‘alter Christus,’ another Christ. It demands nothing less than wholehearted and unreserved dedication, otherwise it becomes a mockery of itself.”

Father Castronovo recalled the words spoken to Father Morelle on his ordination day, which called him to build the house of the family of God through his words and actions. Father Castronovo affirmed that all who experienced Father Morelle’s teaching, preaching, solicitude, and counsel in the confessional “can attest how well he fulfilled that charge.”

Donations in Father Morelle’s memory may be made to Holy Cross Academy in Oneida.