Sheltering in place? Teens can be entertained in place 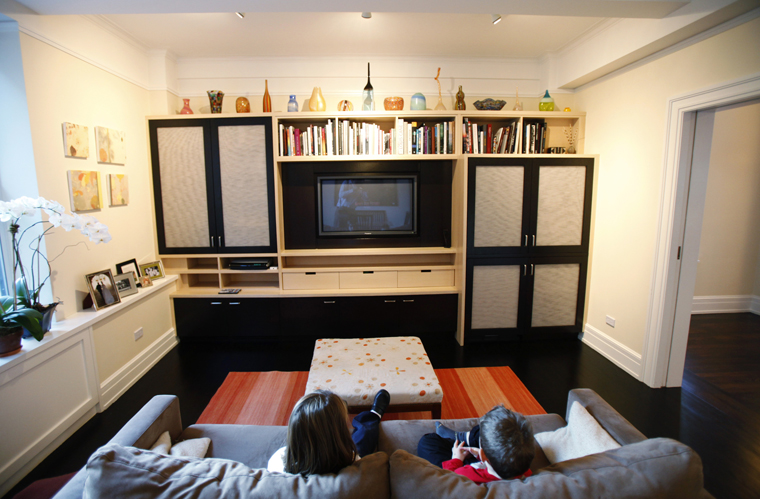 NEW YORK (CNS) — Parents of teens sheltering in place may be balancing the hope of keeping them entertained with concerns about the content available to them via streaming services. The following, in alphabetical order, are reviews of some shows parents can feel comfortable suggesting to their adolescents.

It’s interesting to note that many of the programs aimed at teenagers are set in high schools — hardly a surprise since that’s where the daily routine of the target audience is normally centered. Yet, in the present moment of at-home instruction, social distancing and canceled graduations, youngsters may be reassured to see academic life continuing, if only on screen.

“Alexa &amp; Katie” is a Netflix original sitcom starring Paris Berelc and Isabel May in the title roles. These next-door neighbors and BFFs are just about to take the huge step of becoming high school freshman.

Like most, they’re excited and a little scared, but they also face a hurdle most teens don’t: Alexa is just finishing chemotherapy and doesn’t want to be known among her new peers as “the girl with cancer.” Ever faithful, Katie keeps Alexa’s secret — which leads to some comic consequences.

In one episode, Alexa loses her hair and Katie, anxious to show solidarity but without much forethought, shaves her own head. Almost immediately, Alexa realizes that Katie won’t be able to handle being bald, so the duo goes to buy wigs.

Unable to find a normal looking wig she can purchase within the budget her cash-strapped single mom, Jennifer (Jolie Jenkins), has given her, Katie buys a more expensive one. But Jennifer makes her return it, and the pals both wind up going to school sporting the neon-colored false hair Katie can afford.

Originally from the CW but now streaming on Netflix is “All American.” A bit grittier than some teen shows, it follows Spencer James (Daniel Ezra), a star football player at Crenshaw High School in the South Central neighborhood of Los Angeles who is recruited to play in a far different environment, Beverly Hills High, by its coach, Billy Baker (Taye Diggs).
Unsurprisingly, the resulting culture shock almost overwhelms Spencer. And things only become more challenging after a jealous Beverly Hills player contests his transfer.

As a result of the protest, Spencer is forced, temporarily, to leave the home he shares with his mom, Grace (Karimah Westbrook), and little brother, Dillon (Jalyn Hall), and move in with the Bakers. (Touchingly, he sneaks back at night to help Dillon with his homework).

The Australian production “Dance Academy,” available on Amazon Prime, follows a group of teens at Sydney’s National Dance Academy, all of whom aspire to become professionals. Tara Webster (Xenia Goodwin) hails from a sheep farm in the sticks and soon discovers that, while the small-town facility where she previously trained may have fueled her passion, it didn’t do much for her technique.

As she struggles to blend in with her classmates, Tara endures the added humiliation of being restricted to the barre by the stern Miss Raine (Tara Morice). Against peer advice, she befriends Kat (Alicia Banit), a good dancer but one whose estimate of her own abilities is exaggerated by her inflated ego.

“Dance Academy” has the stereotypical characters familiar from many teen programs such as the bad boy, the work-obsessed diva and the class hottie. Yet, at the same time, it does manage to be fresh and engaging.

The series, which first ran from 2010 to 2013, dates itself a bit when the kids pull out flip phones (gasp!). Still, it presents plenty of scenarios for today’s teens to enjoy. After all, the main challenges of high school have remained fairly consistent over the years.

“The Letter for the King,” on Netfilx, is a six-episode, Middle Ages-set action/adventure series about the namesake teen son (Amir Wilson) of Sir Tiuri the Valiant, knight of Dagonaut (David Wenham). During the trials for aspiring knights, young Tiuri breaks from his group to help an injured stranger. His new acquaintance entrusts Tiuri with an urgent, secret letter for the King of Unawen.

The missive must be delivered in the next 14 days, but the king is 1,000 miles away. Humble, but eager to prove himself, Tiuri sets off on his quest.

The other candidates for knighthood are sent out to look for Tiuri and, in the course of their search, learn how to trust one another. Of course, there’s also a standard villain, Prince Viridian (Gijs Blom), who is trying to usurp the king.

Given that it includes some violence, this is definitely a show for older teens. They’ll find that it highlights the value of friendship, fidelity, perseverance and determination.

Originally aired on ABC Family between 2005 and 2008, the drama “Wildfire,” on Amazon Prime, is another program best suited to those 16 or older. While serving time for car theft, Kris Furillo (Genevieve Padalecki) participates in a work program that involves helping out at a horse-training facility. There, she discovers she loves the animals and has a natural gift for interacting with them.

Upon her release, one of the trainers offers Kris a job at Raintree Farm, a struggling family-owned ranch dedicated to raising racehorses. Matt (Micah Alberti), the owner’s teen son, is immediately drawn to Kris. So, too, is his best friend, Junior (Ryan Sypek), the wealthy scion of a competing clan.

When Wildfire, the horse to which she became especially devoted while incarcerated, goes to auction and ends up destined for the slaughterhouse, Kris risks going back to prison in order to save him.

Refreshingly, the show features involved parents (and parental figures). It also does well in depicting characters taking responsibility for their actions.

Zoe (Anna Cathcart), the titular character in Amazon Prime’s “Zoe Valentine,” is another teen on the verge of high school. A magic enthusiast, she always has a deck of cards in her hand and often quotes the wisdom of Harry Houdini. She’s made a convert of her best pal, Brody (Diego Velazquez), and the two spend all their time practicing tricks.

Zoe is apprehensive about starting the new phase of her life because her sister Cleo (Malia Tyler), who recently died of cancer, was a very popular student at her future school. As she tries to figure out her own identity, however, Zoe discovers that she didn’t know Cleo as well as she thought.

This is an unusual program in that each episode is only 15 minutes long. Brief as they are, though, these vignettes can serve as conversation starters. Parents might ask, for instance, what their youngsters would do in Zoe’s shoes. How would they feel about some of the things Cleo kept from Zoe? Faced with some of Zoe’s choices, how would they react?