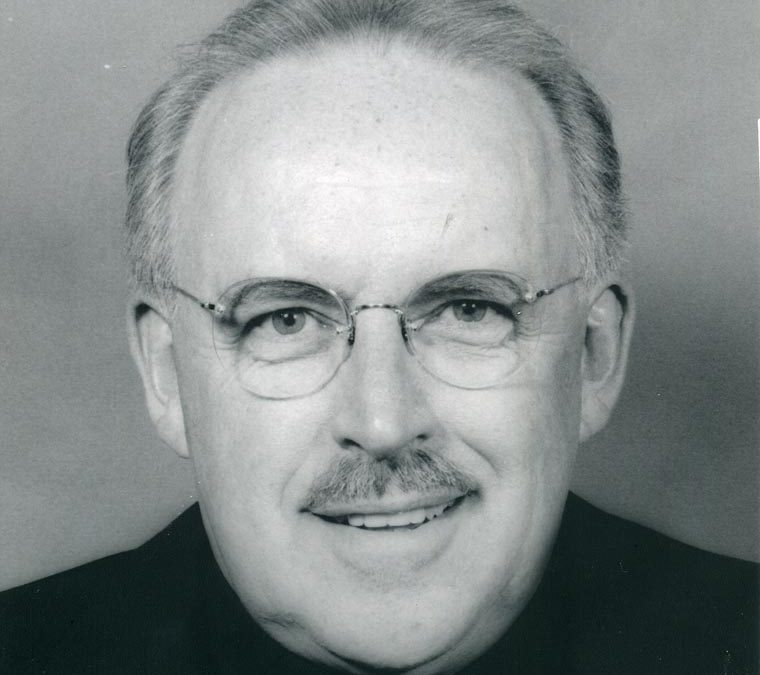 Family, friends, clergy and religious gathered at All Saints Church in Syracuse Aug. 27 for the funeral Mass of Father Wilfred Evans, 79, who passed away on Aug. 23 after a long battle with Parkinson’s.

“Father Will was a kind, gentle man who served well as the chaplain and healing minister for veterans,” stated Msgr. Elmer at the funeral Mass. “He was a loving son, brother, uncle and friend to many.”

Father Evans was born Jan. 4, 1936 in Utica, the oldest of ten children. His home parish was Church of the Annunciation in Clark Mills. He attended St. Jerome’s Seminary in Kitchener, Ontario, and St. Bernard’s in Rochester. He was ordained to the priesthood in 1968. In June, 1968, he was the assistant pastor at Christ the King in Liverpool, and later served at St. Paul’s Church in Rome, N.Y., St. Agnes Parish in Utica, and St. James Parish in Syracuse.

In his spare time, Father Evans enjoyed traveling, especially to Europe, enjoying time in Ireland with friends and family, as well as touring the Italian countryside in Northern Italy, especially Lake Como.

Family and friends held a special place in Father Evans’ heart, evidenced by the many family members who participated in his funeral Mass. Nephews served as pallbearers; nieces served as readers; friends gave reflections and great nieces and great nephews brought up the offertory gifts, which not only spoke to his deep love of God, but to his deep love of life. Items brought to the altar included his bike helmet to symbolize the many rides he took; a rolling pin that spoke to his deep love of cooking and entertaining; family photo albums; a chalice that was given to him on his ordination by a cherished family member; and a painting of his well-loved home in Syracuse.

“Will found beauty in nature, beauty in people and beauty in love and friendship,” stated Msgr. Michael Meagher during his homily. “He always had a deep love, an awesome love of the Eucharist and believed in imploring God’s spiritual works of mercy to those in need. As a hospital chaplain he administered to the sick, anointing so many, which was an amazing opportunity for him to bring the forgiveness and love of God to those who were suffering. He believed in the joyful service of other and I am sure Jesus, when he saw Will Evans, said, ‘When I was sick, you visited me.’”

Before the recessional, one of Father Evans’ nephews stood before those gathered and recounted a life lesson his uncle had taught him and his cousins when they were children.

Donations in Father Evans’ name may be made to Unity Acres in Orwell, N.Y., or the Syracuse Veterans Medical Center.