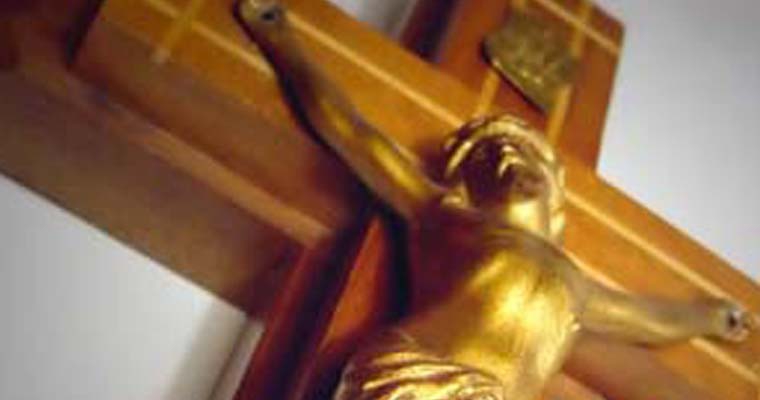 BALDWINSVILLE — When the going gets tough, the tough put on sneakers and go take a walk. Or at least that’s what Father Joseph E. Scardella, pastor of St. Mary’s Parish in Baldwinsville, is planning to do on June 18.

Facing a gap in the budget for St. Mary’s Academy, Father Scardella proposed a creative way to raise the money: “Father’s Extreme Challenge.” In exchange for raising $25,000 in monetary pledges from school families and parishioners, Father Scardella has agreed to walk approximately 14 miles from his Catholic elementary school, St. Mary’s on Buffalo Street in Fulton, to St. Mary’s Academy in Baldwinsville. If he does not raise the $25,000 by June 10, he won’t walk, but pledges already are coming in and Father Scardella is looking forward to lacing up his sneakers to complete his challenge.

The idea of walking to raise money to close the budget gap came to Father Scardella while driving to visit his mother. “I was listening to Catholic radio and Cardinal [Timothy] Dolan was interviewing a priest who raised $30,000 by riding his bike from his parish in Fishkill to St. Patrick’s Cathedral,” said Father Scardella. “I don’t have a bike, but I do walk and I thought I might be able to raise money if I could walk from my elementary school in Fulton to St. Mary’s in Baldwinsville.”

After presenting the idea to the school’s finance committee and the parish, excitement and support for the event began to build quickly. “People are really excited,” explained Father Scardella. “I was anxious if this would work but the idea’s been a big hit with everyone, especially the students.”

“And it’s important to note that many people said their pledge was not contingent on my finishing the walk,” he added with a laugh. “If I collapse midway they will still honor their pledge.”

Although he is confident that he will be able to complete the challenge, Father Scardella has been “in training” for the event, taking daily walks around Baldwinsville and joining St. Mary’s youth group as they walked in the town’s Memorial Day parade.

Father Scardella plans to begin the walk at St. Mary’s in Fulton by 8:30 a.m. His route will take him from Fourth Street in Fulton to Broadway, where he will then cross the river to the west side and walk Route 48 to St. Mary’s Academy in Baldwinsville. During the 14-mile walk, Father Scardella is expecting to stop every few miles to hydrate. A lead car will precede him and parishioner Steve Janowski will join him on the walk. “Although many people have said they want to come along, I am worried about their safety, especially the children,” explained Father Scardella. “Route 48 doesn’t have much of a shoulder so I think it’s safer if people meet me in Baldwinsville.” Father Scardella expects to arrive at St. Mary’s Academy by approximately 1 p.m.