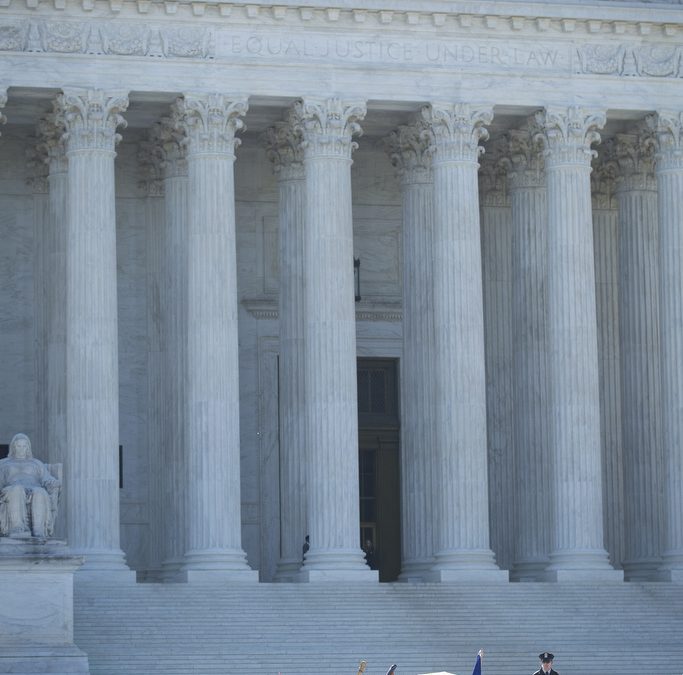 WASHINGTON (CNS) — The questions raised by Supreme Court justices as they considered April 28 whether they should rule that same-sex marriage should be made legal nationwide covered a gamut of rights concerns — religious, equal protection, state’s ability to enact their own laws.

In two and a half hours of oral arguments, the line of questions and the answers by attorneys representing both sides made clear that all concerned recognize the potential for the court’s ruling to be history-making.

“The issue is not whether there should be same-sex marriage, but who should decide,” said Justice Antonin Scalia in an exchange with Mary Bonauto, attorney for James Obergefell and other petitioners seeking the right to have same-sex marriage allowed or recognized in their states.

Chief Justice John Roberts observed that the country has moved quickly from firm opposition to such marriages — and a nationwide prohibition on them — to the current status of broad acceptance and a majority of states allowing same sex marriage. He seemed to draw a connection to the speed with which the nation was made to accept the legality of abortion when the court ruled in 1973 that it is constitutionally protected.

“If you prevail,” he told Bonauto, the nationwide legal debate about the issue will be over, but the people who are still making up their minds how they feel about same sex marriage will be deprived of the chance to weigh in about how their states act.

“People feel very differently about something if they have a chance to vote,” Roberts said.

In consolidated oral arguments, the court took up cases from the states of Tennessee, Michigan, Kentucky and Ohio.

As of late April, 37 states and the District of Columbia allow same-sex marriages, most due to federal and state court rulings. In the remaining states, a combination of state laws and constitutional provisions limiting marriage to one man and one woman have all been challenged in court. Some counties in Missouri also have been issuing marriage licenses and the state respects same-sex marriages performed in other states.

The four cases under review are all from the 6th U.S. Circuit Court of Appeals. A three-judge panel of the 6th Circuit ruled in November that laws prohibiting same-sex marriage are constitutional. That 2-1 ruling came in the case of a lesbian couple in Michigan who sought to jointly adopt the special needs children they are raising together. The state will not allow adoption by couples that are not married and prohibits same-sex marriage.

The opinion said that although it is inevitable that same-sex marriage will be allowed nationwide, it is better to make that change through a political process, rather than a court ruling. The 6th Circuit was the first federal appeals court to find in favor of such bans. Four other federal appellate courts have found same-sex marriage prohibitions to be unconstitutional.

The court bundled the appeals under the title of the Ohio case, Obergefell v. Hodges. That case arose after the October 2013 death of John Arthur of Cincinnati. He and his longtime partner, James Obergefell, had married earlier that year in Maryland. When the local Ohio registrar agreed to list Obergefell as the surviving spouse on Arthur’s death certificate — which is key to a range of survivor’s benefits — the state attorney general challenged the status because Ohio law bars same-sex marriages.

The other cases under consideration include: Tanco v. Haslam, the Tennessee case, and Bourke v. Beshear, the Kentucky case, which similarly challenge those states’ refusal to recognize same-sex marriages performed in other jurisdictions, and DeBoer v. Snyder, the Michigan adoption case.

In agreeing in January to take the cases, the Supreme Court said it would consider two constitutional questions:

•  Does the 14th Amendment require a state to license a marriage between two people of the same sex?

•  Does the 14th Amendment require a state to recognize a marriage between two people of the same sex when their marriage was lawfully licensed and performed out of state?

The U.S. Conference of Catholic Bishops was among Catholic organizations that filed “amicus” or friend-of-the-court briefs urging the justices to maintain the definition of marriage as applying just to one man and one woman.

The cases heard April 28 found a fast track to the Supreme Court, coming quickly — in the timespan of judicial procedures — after the high court’s 2013 rulings on same-sex marriage.

In one ruling that year, the court overturned key parts of the federal Defense of Marriage Act, which had limited the definition of marriage for federal purposes to the union of a man and a woman.

In a second opinion the same day, the court sent back to lower courts the question of the constitutionality of a California law banning same-sex marriage. The 9th U.S. Circuit Court of Appeals subsequently allowed same-sex marriages to proceed.

In the ruling on DOMA, the court said that under the Equal Protection Clause of the Constitution, the federal government could not deny benefits to same-sex couples that were legally married in states that allow such unions.

The court’s ruling is expected before it adjourns for the term in late June.