Italian bishops' newspaper: Archbishop Romero to be beatified May 23 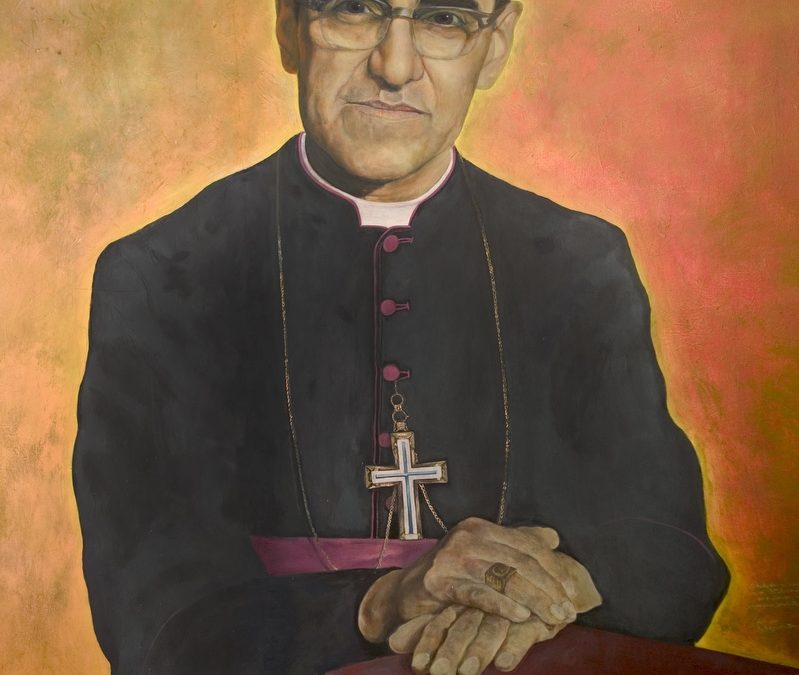 VATICAN CITY (CNS) — Salvadoran Archbishop Oscar Romero will be beatified in San Salvador May 23, according to the newspaper of the Italian bishops’ conference.

Italian Archbishop Vincenzo Paglia, the postulator or chief promoter of the archbishop’s sainthood cause, was expected to officially make the announcement March 11 during his visit to San Salvador, Avvenire reported.

Pope Francis formally recognized Feb. 3 that the slain Salvadoran archbishop was killed “in hatred of the faith” — and not for purely political reasons.

While Archbishop Romero’s sainthood cause began in 1993, it continued for years as church officials combed through thousands of documents related to his life. The effort began moving forward under Pope Benedict XVI. In May 2007, he said: “Archbishop Romero certainly was a great witness to the faith, a man of great Christian virtue.”

The process advanced rapidly with the election of Pope Francis in 2013, the first Latin American pope in history. From the first moments of his papacy, he showed interest in declaring Archbishop Romero a saint.

Pope Francis signed the decree recognizing Archbishop Romero as a martyr, which meant there was no need to prove a miracle for his beatification. However, a miracle is ordinarily needed for canonization as saint.

Archbishop Romero, an outspoken advocate for the poor, was shot and killed March 24, 1980, as he celebrated Mass in a hospital in San Salvador during his country’s civil war. Archbishop Paglia said in early February that the two decades it took to obtain the decree were the result of “misunderstandings and preconceptions.”

During Archbishop Romero’s time as archbishop of San Salvador — from 1977 to 1980 — “kilos of letters against him arrived in Rome. The accusations were simple: He’s political; he’s a follower of liberation theology.”

All of the complaints, Archbishop Paglia said, slowed the sainthood process.

However, promoters of the cause, he said, collected “a mountain of testimony just as big” to counter the accusations and to prove that Archbishop Romero heroically lived the Christian faith and was killed out of hatred for his words and actions as a Catholic pastor.

“He was killed at the altar,” Archbishop Paglia said, instead of when he was an easier target at home or on the street. “Through him, they wanted to strike the church that flowed from the Second Vatican Council.”

The archbishop announced the date of the beatification on the eve of the anniversary of the assassination of a close personal friend of Archbishop Romero: Jesuit Father Rutilio Grande, the first priest executed by death squads, March 12, 1977.

Father Grande was a fiery champion of the poor and oppressed and used the pulpit to denounce actions of the government, death squads in his country, violence from the outbreak of civil war and military occupation of churches. His death had a profound impact on Archbishop Romero, who later said, “When I looked at Rutilio lying there dead I thought, ‘If they have killed him for doing what he did, then I, too, have to walk the same path.'”