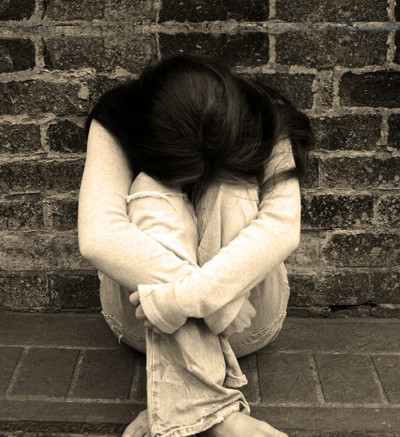 For all the many ways that each child is different, there are just as many ways to be singled out for bullying. It takes place nearly every day on school buses, on playgrounds, in cafeterias and on the long walk home from school.

But what had once been considered a normal, if unpleasant, part of growing up has become much more menacing.

“I think all you have to do is speak to someone who has been bullied to know the pain they’re going through,” said Sister Johanne McCarthy, CSJ, director of parish ministry at St. Mary’s Church in Clinton.

It’s for this reason that St. Mary’s Hearts and Hands group hosted a talk on April 28 by parishioner Maureen Hughes. Hughes is also a building coordinator for Peaceful Schools, a privately-owned company based in Syracuse that focuses on “social emotional learning,” character building and conflict resolution in schools. Hughes said social emotional learning helps children gain behavioral and social skills.

Hughes represents Peaceful Schools at Hugh R. Jones Elementary School in Utica and is also in the middle of a nine-week program focusing on positive social choices for students at Notre Dame Elementary School, also in Utica.

In an interview before the talk, Hughes said that bullying has evolved.

“It is much more sophisticated. It is much more 24-7 with Facebook and texting and e-mail. It’s that constant,” she said. “When I was growing up, you’d be in a panic about the walk home from school. Now you can’t escape it. I guess the upswing is that it’s documentable. You can print it off or take the text message and talk to an adult. So as detrimental as that is, it can also work in a positive way.”

Judy Hauck, principal of Notre Dame Elementary School, said the ethical use of the Internet has become a new focus in modern education.

“We used to teach manners, you know, ‘Boys take off your hats inside.’ Now it’s all about the ethical use of this technology, so we’re still teaching our students to have manners, but we’re also teaching them to have manners on the Internet,” Hauck said.

She has made ethics, good manners and open lines of communication priorities at Notre Dame.

Hauck said this was especially important to her because this is Notre Dame’s first year after a merger of three schools. In September of last year, Notre Dame Elementary School was formed when St. Mary’s School in Clinton and St. Peter’s School in Utica joined Our Lady of Lourdes School in Utica.

“There were three different communities coming together with very different languages and I wanted to make sure we were speaking the same way,” Hauck said.

She said schools have become much more aware of bullying and other negative behaviors since events like the Columbine shootings in 1999.

“As administrators we’ve become ultra-sensitive to these kinds of behavior. We have to nip them in the bud because we don‘t want them to escalate,” she said.

By doing this, Hauck said bad behavior of all sorts can be avoided. “There are other behaviors as well as bullying that are negative that we need to deal with in our schools,” she said.

The key is to find incentives for good behavior.

At Notre Dame, students can earn tokens for good behavior, and twice a month there are special Junior Juggler Way Days on which the tokens can be redeemed. Hauck said the students had the opportunity to come up with some of the prize ideas, though rarely are these prizes tangible items. Instead, tokens can be redeemed for extra time to play in the gym, a picnic outside or having lunch with a favorite teacher.

Of course, those students who engage in negative behavior will still have to deal with the consequences, but Hauck said she can count on one hand the number of times students have had to stay in after-school detention.

To reinforce Hauck’s program to encourage positive behavior, Hughes has come into the school to lead a series of sessions over nine weeks on topics like bullying and Internet safety. Hauck was able to pay for the sessions by including Notre Dame Elementary School in some of the additional stimulus funding made available to the Utica City School District.

Hughes said reinforcing positive self-esteem is essential both for handling the bullying and for getting help. “If you can build a child up, then that child would also feel that they could come to an adult for help,” she said.

It is essential that children feel they have someone they can talk to if they ever find themselves in a situation where they are being bullied, Hughes said. “Keep open lines of communication, always.”

Hughes said there are a number of red flags parents and teachers can look for. There may be a sudden drop in grades or the child might unexpectedly lose interest in an activity he or she once enjoyed.

“Basically anything that makes you say, ‘Hey, wait a second. What’s going on here?’” Hughes said.
Once parents have a suspicion that bullying is taking place, Hughes said they should immediately contact the child’s school and let them know of their concerns. “I think schools, for the most part, are particularly responsive at this point,” she said. Parents should also ask the child if anyone else might have seen the bullying behavior and contact that child’s parent, she said.

Hughes said it’s also important to understand what bullying is — and what it isn’t.

“Bullying is repetitive behavior. It’s the same students or group of students doing the same type of behavior to the same person or group. It’s not just a girl who, for a week, decides ‘You can’t play this game with us,’” she said. “You’re being bullied if the target feels like they have no power.”

She said targets of bullying feel as if they can’t talk to the person bullying them, and may often feel as if they have completely lost control of the situation. “If you‘re feeling bullied, you don’t want to be in a room with that person. And a lot of times, these kids may not have the strength to say,

This is where Hughes and the idea of social emotional learning comes in.

“We focus on things like: how do I behave in a crowd of 10 people that I don’t know? How do I behave in a classroom that I’ve just been put in and there’s only one person I know and he’s way over there? Why does this kid that sits next to me irritate me so, and how do I figure out a way to coexist with him?” Hauck said.

Many children may have problems articulating the complex emotions that go along with understanding social groups at an early age. One way that Peaceful Schools helps to deal with this is to have a little box outside classrooms where students can write down their problems and slip them into the box for the building coordinator to read. If necessary, Hughes said she can sit down for one-on-one sessions or act as a mediator between two children.

Often, Hughes said, this may lead the children to settle on a written agreement in which both parties promise t
o behave in a certain way toward one another. “They sign a contract,” Hughes said. “It’s a very empowering activity that they do, and the kids will fill it out themselves.”

Hughes said nearly everyone has had some sort of experience with bullying.

“It’s a pecking order thing,” Hughes said. “It’s a human nature thing. But now it’s being taken to an extreme.”

“Even kids in Catholic schools — we know we’ve got good kids in our buildings, but they’re still kids,” Hauck said. “As Catholic schools, we need to teach them the way to do what Jesus would want them to do.”