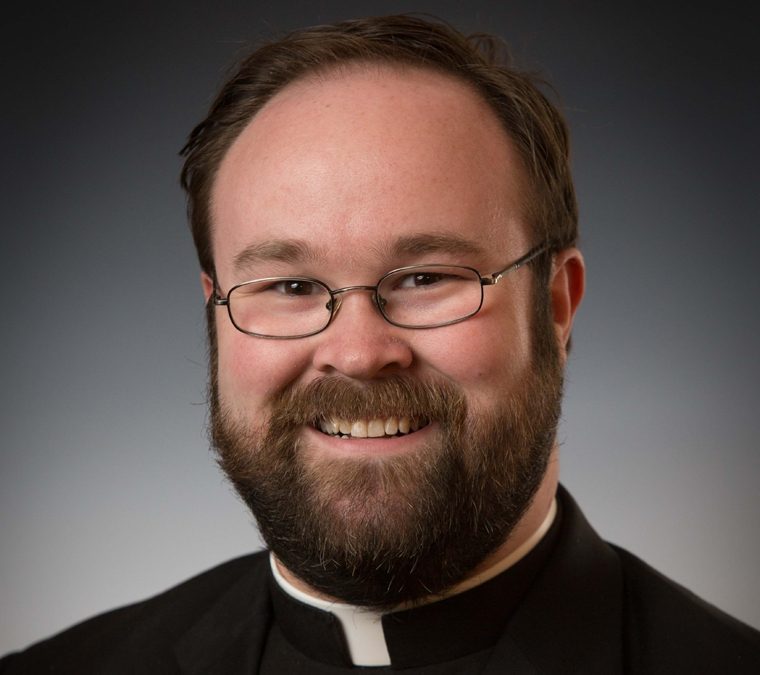 Ken Kirkman’s call to a vocation “wasn’t really on his radar” until college.

“A number of friends, relatives and priests had said they felt it was something I was being drawn towards, and that I could be an effective priest,” Kirkman said. “I said yes initially out of curiosity, so to speak, to see if this was really what God wanted for me.”

A graduate of Holy Cross School in DeWitt and Christian Brothers Academy in Syracuse, Kirkman credits his Catholic education for his formation as an individual and for letting him hear God’s call in his life.

During his studies at SUNY Geneseo, Kirkman earned a bachelor’s degree in history. He developed an interest in studying ancient foreign languages, with a focus on Latin.

“It was important to be able to read the texts I was studying in the language in which they were written. A lot of those were the writings of saints and theologians, so this also provided a glimpse into the faith of these authors,” he said.

“God had laid out this path for me. Certainly some of my greatest role models have been priests, particularly my home pastor [Msgr. J. Robert Yeazel of Holy Cross Church in DeWitt] and Father John Ahern, who baptized me and has always been very close to my family,” Kirkman said. “So far, the path has been exhilarating, at times challenging, but so rewarding in the people I have met and in what I have learned.

“The hardest part, for me, has been the very close involvement in the sufferings of other people,” he said. “While that is part and parcel of what it is to be a priest, it has always been very hard for me to see other people in pain, without being able to do anything about it.”

Through his pastoral year at St. Thomas and St. Patrick’s in Binghamton, Kirkman learned much from Msgr. John Putano, pastor, and Rev. Paul Machira, the parochial vicar.

“I think I would describe it best as growth in all areas — in my relationship to Christ, to other people and to myself,” Kirkman said.

Kirkman is the son of Kenneth and Karen Kirkman. He has two younger siblings, Matthew and Kathleen.

A few days before ordination, the soon-to-be Deacon Kirkman was excited as well as “glad and thankful” to take the next step after 6 years of formation. “Enthusiastic about getting into the ministry of a deacon — proclaiming the Gospel, preaching, baptizing.”

For those considering a call to the priesthood or religious life, Kirkman suggests prayer and patience: “Lay it all out before the Lord, and He will help you put the pieces together.”

“I wanted a clear answer immediately, like lightning from a clear blue sky. But God doesn’t always work that way,” Kirkman added. “He wants us to seek Him out, and so there is often a process, a pilgrimage, to seeing what He has in store for us.”

The new deacon will spend the summer at St. Thomas and St. Patrick’s, then return to St. Mary’s Seminary in Baltimore to complete his studies in the fall. His ordination to the priesthood will come in June 2016.