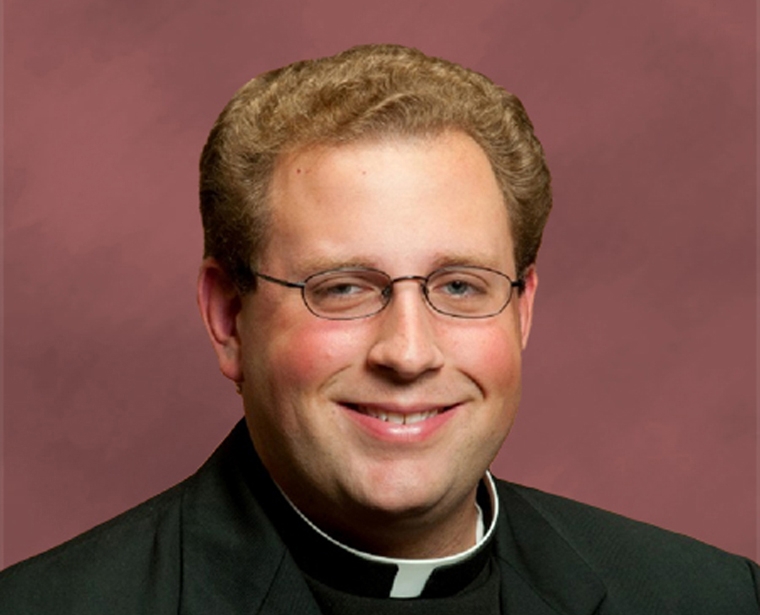 Peter Tassini, Jr. first heard the call to a vocation in high school.

A lifelong parishioner of St. James Church in Syracuse, Tassini attended the school there and then went on to Bishop Ludden Jr./Sr. High School.

“I believe it was through my experiences at the parish and schools of the diocese that the seeds of my vocation were sown in the example of priests and religious sisters, dedicated lay people as well as the example of my family — particularly my parents and grandparents who first taught me the Catholic faith,” he said.

At Bishop Ludden he spoke to the chaplain, Father Dan Muscalino, about the priesthood.

“He has been a constant support for me throughout my time in seminary, as well as my pastor Father John Manno. There have been many other priests at St. James as well as Jesuit priests at Canisius College in Buffalo who have influenced me,” he said. “I am also particularly grateful to Father Charles Opondo-Owora, the pastor of Saint Joseph’s in Endicott.”

Tassini spent his pastoral year at St. Joseph’s and will serve there again this summer. He called it “a beautiful parish with wonderful people.” He worked with the parish staff, the homebound and youth, and with liturgy and religious education.

A graduate of Canisius College in Buffalo with a bachelor’s degree in religious studies, Tassini is the son of Peter and Margaret Tassini. He has a younger sister, Sarah.

He will complete his studies at Theological College, the National Seminary of The Catholic University of America in Washington, DC, in the fall. His ordination to the priesthood is scheduled for 2016.

“Prayer is of course the center of our lives, and as such we begin the day with Mass together and [end]with Evening Prayer. We take classes at the university in philosophy and theology,” he said. “We also spend time socializing with other seminarians and a few times a week we work at our pastoral assignments (such as parishes, hospitals, homeless shelters).”

Tassini called the diaconate ordination “striking,” with promises to prayer, celibacy and obedience.

“These promises mark the hallmark of the ministry of the deacon and priest,” he said.

“Deacons are to assist at the liturgy, bless marriages, baptize and preach the Gospel. All of these are to be done in the model of Christ the Servant.”

The message became clear to Tassini several years ago as he helped wash the feet of homeless men at the Catholic Charities shelter in Syracuse.

“This example of service first given by Christ is very humbling and one that I hope and pray will animate [my] future ministry as a deacon and priest.”

Tassini offers a simple message for those who are hearing a call to a religious vocation: “Do not be afraid.”

“God does not work through fear. If the Lord is calling you to consider the priesthood or religious life as a sister or brother, the Lord will give you the grace to respond — say yes! When you say yes to the Lord you don’t always know what comes next, but the Lord does and He is there to guide you through it,” said Tassini.

Deacon Tom Picciano is a longtime contributing writer to the Sun. A professional journalist by trade, he currently serves at St. Vincent de Paul Blessed Sacrament Church in Vestal.