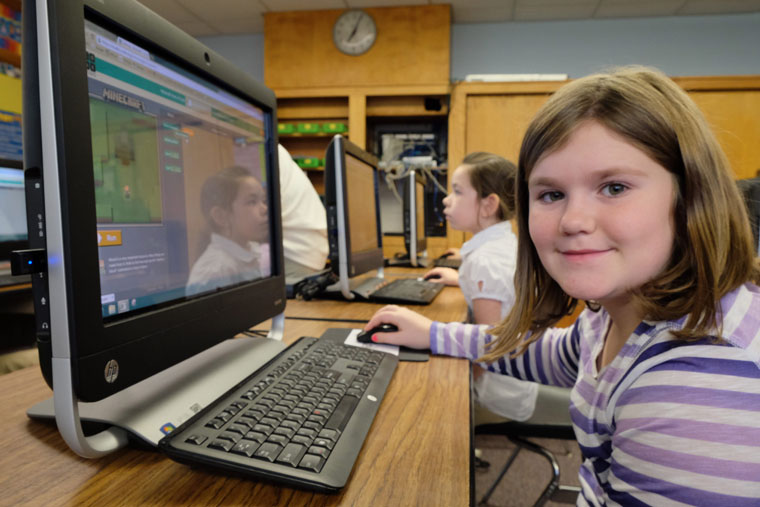 Building blocks were everywhere in the St. Margaret’s School computer lab Dec. 8, from the computer programming lessons being taught, to the lines of code being manipulated, to the structures being created in the virtual Minecraft world onscreen. 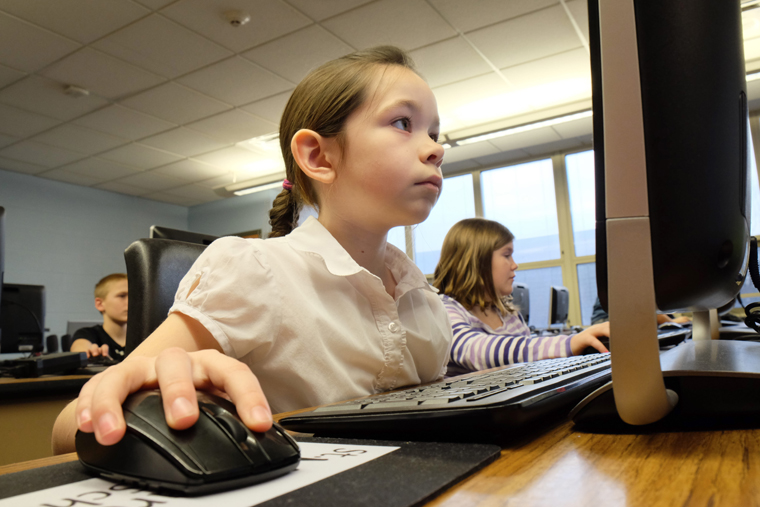 Sixteen students in St. Margaret’s after-school program participated in the Hour of Code last Tuesday, marking the global Computer Science Education Week. The Hour of Code and Computer Science Education Week are organized by Code.org, a nonprofit dedicated to “expanding access to computer science, and increasing participation by women and underrepresented students of color” and aiming to ensure every student has a chance to learn computer science.

True to its name, the Hour of Code is an hour-long activity that teaches students the basics of computer science through fun tutorial games. Using simple blocks of code to create commands, coders can chop wood and shear sheep in the world of Minecraft, program droids with Star Wars characters, or learn about ice with Elsa and Anna of Frozen fame. (There’s even a non-computer based version of the Hour.) To date, more than 100 million learners around the globe have tried the Hour of Code.

Principal Amanda Hopkins thought it was pretty awesome, too.

“In today’s world, our jobs rely on computers so much that our children need to be fluent to be successful,” she said.

“By having it [the Hour] in an after-school program, it makes it in a comfortable space, there’s no grade, there’s no assignment, it’s at your own pace,” she added.

The school hosted a second day of coding Dec. 10, programming robots to complete a maze.